Salmonella has emerged as an important global public health problem and an economic burden in several parts of the world.1– 5 Non-typhoidal salmonellosis is a major cause of food poisoning worldwide,6–8 with an annual incidence of about 1 million cases being reported in the USA.1 Moreover, in Europe, the incidence of the infection was estimated to be about million cases in 2009, which is the second most frequently reported zoonotic 2 The animal reservoir of this pathogen is broad, and transmission of the pathogen to humans occurs almost exclusively by ingestion of contaminated food. The clinical spectrum of the infection ranges from self-limiting diarrhea, which is the usual case, to systemic infections in immunocompromised individuals mainly due to cancer, advanced AIDS, steroid use, or malnutrition.7 Most patients recover after adequate hydration, without the need for antimicrobial treatment.

Another important element of concern is antimicrobial resistance, which is considered to be predominantly due to the use of antimicrobial agents in animal food, particularly ceftriaxone and ciprofloxacin, which are the first-line drugs in the management of patients with systemic or localized infections that require antimicrobial treatment. Infections with multidrug- resistant to Salmonella species are associated with increased morbidity and mortality.8–10 The main objective of this study was to describe the incidence and epidemiological characteristics of salmonellosis in the State of Qatar.

This was a retrospective, descriptive study carried out in laboratory-confirmed cases of salmonellosis during 2004 – 2012 in the State of Qatar. The incidence of salmonellosis was estimated from the annual surveillance report of the Public Health Department (Minstry of Public Health, Qatar). Reporting of cases to the national surveillance system occurs in two modes: physician reporting using the official notification form and laboratory reporting by sending the laboratory results of confirmed cases (i.e., isolation of Salmonella from a clinical specimen11).

From all laboratory-confirmed cases reported during 2004 – 2012, the following data were obtained: age, sex, and nationalities. From the physician-reported cases, the following complete essential data were collected: contact number, address or place of work, date of onset, and date of laboratory confirmation. For contact number, either mobile or landline number was considered; for address, either the place of residence or the place of work (e.g., company name) was recorded.

This study was part of a public health investigation and response, so the research team determined it to be non-research. Therefore, this study was not subject to the guidelines of the institutional review board. The study was approved by the Manager of Health Protection and Communicable Diseases, Public Health Department at the Minstry of Public Health. 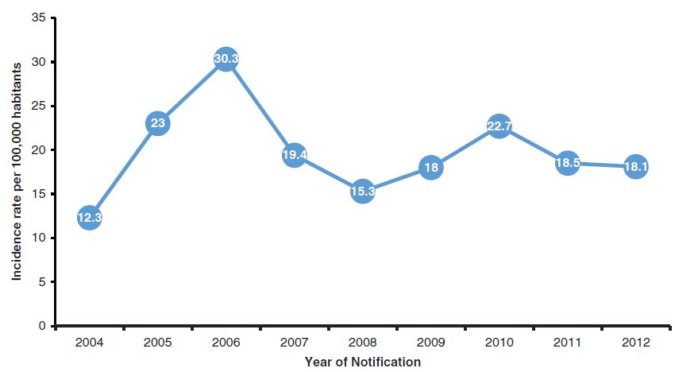 Figure 1. Incidence of laboratory confirmed Salmonellosis cases (per 100,000 population) during 2004-2012 in the State of Qatar. 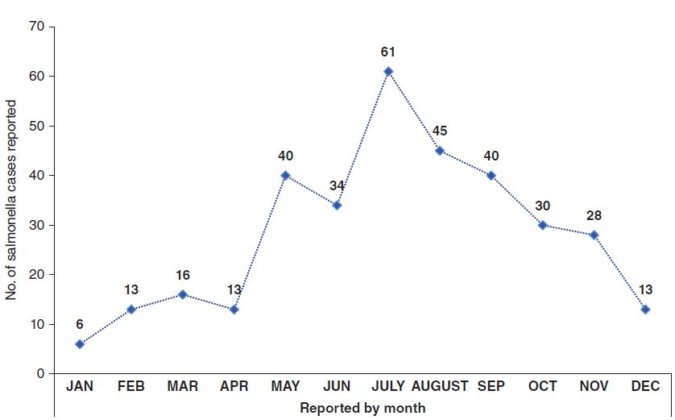 Figure 2. Laboratory-confirmed salmonellosis cases reported by months in the State of Qatar, 2012.

Figure 3 shows the percentile number of cases by sex, where half of the patients were children below the age of 2 years (female) and 3 years (male).

Figure 3. Percentile distribution of age (years) according to gender in laboratory confirmed salmonellosis cases in the State of Qatar, 2012. 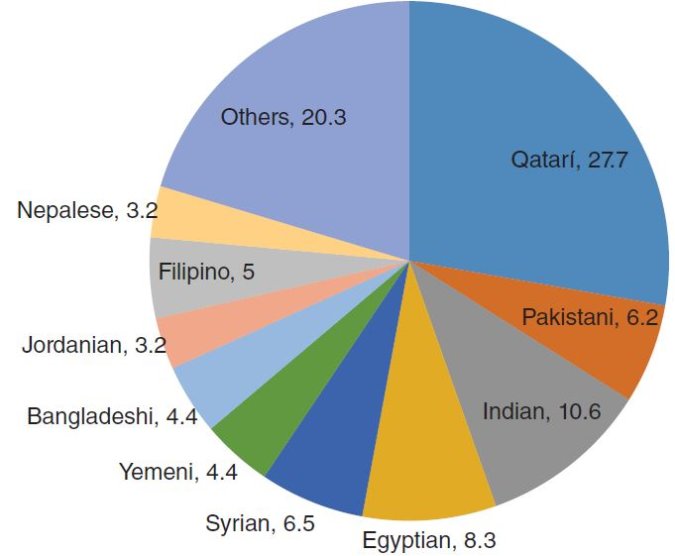 Figure 4. Case reported with salmonellosis according to nationalities (per 100 reported cases), Qatar, 2012.

The time lag between the onset of symptoms and diagnosis was 5.4 ^ 5.7 days. The most frequent serotype identified were type b (41.9%), type d (26.9%), and type c1 (12.2%) (Figure 6). Antimicrobial resistance was recorded in 104 patients (30.7%) with absolute resistance to cephalexin and gentamicin, followed by 85.7% for cefuroxime, 38.5% for piperacillin-tazobactam, and 36.4% for cefepime. Lower frequencies of resistance were observed for third-generation cephalosporins, ciprofloxacin, and meropenem (Figure 7). 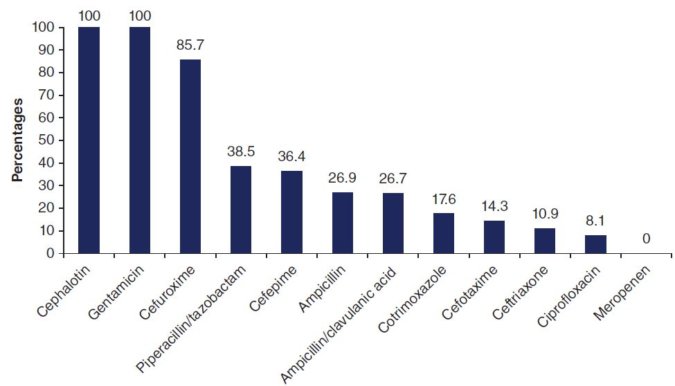 The increased incidence of salmonellosis observed between May and September is attributed to climatic factors, particularly temperature, being significant in the month of July and August. These factors, especially elevated temperatures and rainy periods, have been associated with the risk of increased incidence of enteric disease.16–18 The high frequency of salmonellosis observed in children, which has been strongly associated with immunological factors, is consistent with that reported in previous studies.3– 6,19

According to 2012 US data, the incidence of salmonellosis in children below 5 years of age was 63.49 cases per 100,000 population, whereas the incidence for age groups ranging from 5 years to .65 years was , 0 cases per 100,000 population.1 The high frequency of cases observed in Qatari patients is associated with the age distribution of the reported cases and the characteristics of the population in the State of Qatar. The quality of data of reported cases is essential for the timely identification of patients, epidemiological evaluation in order to investigate the source and mode of transmission of infections, and the timely implementation of control measures. The frequency of the patients reporting an address and place of work was significantly lower than that of contact number.

Based on the characteristics of the population residing in Qatar, we considered it necessary to have more than one essential data (contact number, address, and place of work). This may be attributed to the lack of perceived value of this information and language barriers that exist when communicating with patients who do not speak English or Arabic (commonly spoken languages among medical staff), as previously reported in a study that evaluated measles surveillance in Qatar where a majority of reported cases (60%) were non-Arabic/non-English speakers.20

The time between the onset of symptoms and diagnosis is generally considered as adequate for most diseases, not exceeding the incubation period of the disease.21 The predominance of serotype b is associated with the age group of cases, with the majority being children ,5 years of age, as previously reported.5 However, the rates of antimicrobial resistance identified in the isolates were found to be $40% for only five antimicrobial agents, including piperacillin-tazobactam, a drug that is frequently used in Qatar.

Interestingly, a low-resistance pattern was observed in third-generation cephalosporin and ciprofloxacin.8–10 However, it should be noted that the small amount of cases with complete laboratory results is a limiting factor for the analysis of this result. Our findings highlight the need for strengthening the surveillance system of salmonellosis, with special emphasis on the laboratory study of cases. Further studies are required to identify underreporting in specific populations by using active surveillance methods.

LIMITATION OF THE STUDY

The main limitation of this study is its retrospective nature that is associated with the use of surveillance and notification data. In addition, the IR reported are unable to provide definite temporal measurements and/or could be underestimated because of inadequate reporting by physicians. Therefore, the results of this study should be generalized with caution because of failure to describe the IR of salmonellosis in the State of Qatar.

The present surveillance data showed a high incidence of salmonellosis in the State of Qatar, which poses a serious public health problem. Special intervention and health awareness programs are required for early screening, detection and treatment as well as the need for strengthening the surveillance system of salmonellosis, with special emphasis on the laboratory study of cases.