Aalaa is a Clinical Oncology Specialist in Ministry of Health of Egypt. Her career has spanned cancer hospitals in Egypt such as the governmental Nasser Institute and Aswan Cancer Centre, charity hospitals like Baheya Cancer Centre and Shefaa Orman Cancer hospital. She is a European School of Oncology Club member. 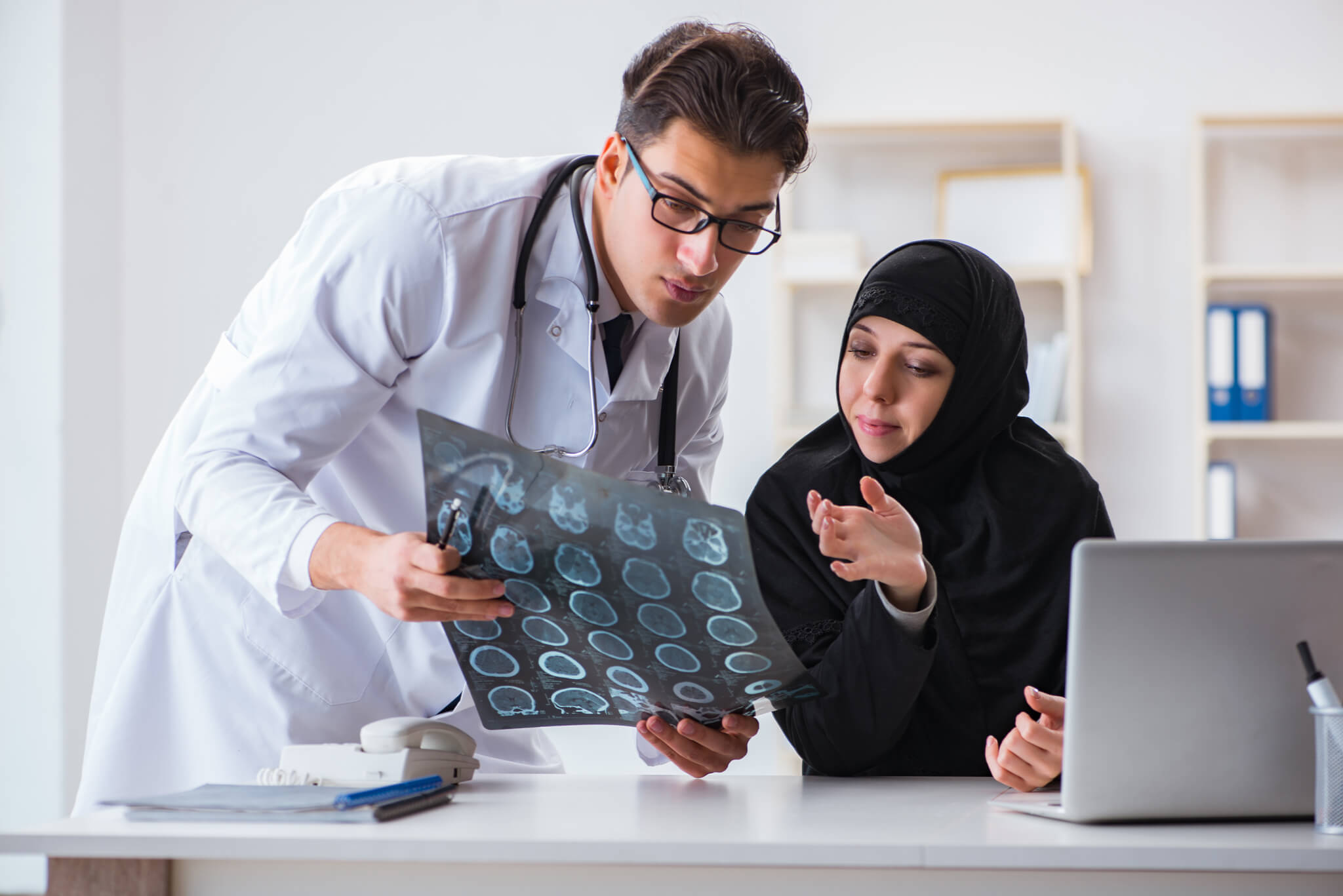 The earliest written description of cancer is found in the Edwin Smith Papyrus that dates to Dynasties 16–17 of the Second Intermediate Period in ancient Egypt. Authorship of the Edwin Smith Papyrus is debated but it might be Imhotep, an architect, high priest, and physician of the Old Kingdom, 3000–2500 BCE. In this papyrus, the writer concluded that bulging tumour of the breast was a grave disease, but the Egyptians attempted to treat tumours and cancers with cautery, knives, and salts, and introduced arsenic paste that remained in use as ‘Egyptian ointment’ until the 19th century.

Fast forward to recent years, an international team has discovered the world’s oldest known cases of breast cancer by conducting CT scans of two mummies found in the pharaonic necropolis of Qubbet el-Hawa in Aswan, Egypt.
The first specialised cancer centre started to work in Egypt was the National Cancer Institute in 1970. As the burden of the problem is increasing due to better diagnosis, more exposure to risk factors and increased population and life expectancy, the ministry of health established almost one specialised cancer centre for every two governorates, in addition to the oncology departments in every university hospital and many different ministry of health hospitals. Egypt’s Minister of Health Ahmed Emad El-Din inaugurated on the Women’s Cancer Centre at Nasr City Hospital for Health Insurance in mid-2018. It is the first such public centre to be established under the auspices of the National Health Insurance General Authority. At a cost of EGP 91 million, the centre aims to provide a variety of health services for patients, including chemotherapy and surgeries for breast and uterine tumours.

The bad news is that Egypt does not yet have an accurate national cancer registrar, so, the magnitude of the cancer problem in Egypt is not yet well-known. For Egyptian men the most common types of cancers are liver and bladder. For women, breast cancer is the most common. None of these geographically-limited statistics and published rates could be considered as representative of Egypt and could not give an understanding of the current situation of cancer at the national level.

According to WHO Global Cancer Country Profiles; HCC is the most common cancer in men. Patients with chronic infection with hepatitis B or C viruses are at higher risk for developing HCC. Due to the alarming increase in the incidence of HCC in Egypt, there is a need to further investigate the contribution of these emerging risk factors to the development of HCC in Egypt. This may enable us to determine the susceptibility to HCC among high-risk groups and to provide these individuals with effective measures for early prevention or intervention.
It has been well documented that Egypt has one of the highest prevalence rates of HCV infection in the world. The natural history of HCV infection and disease progression, however, are influenced by additional factors such as duration of infection, age at infection, sex, co-infection with HBV, the level of HCV viraemia and its genotype. In Egypt, HCV infection is highly prevalent and is largely attributed to the parenteral antischistosomal therapy campaigns conducted from the 1950s through the 1980s.

‘Breast cancer is the most is prevalent type among Egyptian women’

Additionally, history of blood transfusion was identified in 24.3% and needle reuse in 20.6% of HCV-positive cases. To overcome this challenge, Egypt developed a national strategy for HCV control and established HCV prevention and treatment programmes. Following successful negotiations for 99% discounted treatment prices, Egypt launched an ambitious national HCV treatment programme aiming to treat over 250,000 chronically infected individuals per year for free, with the goal of achieving a national chronic infection prevalence of <2% by 2025.

In the past in Egypt, where schistosomiasis was endemic, bladder cancer diagnoses were made at younger ages (<50 y) than in developed countries, and 68% of the cases were identified histologically as SCC. With the government’s efforts to eradicate schistosomiasis and treat infected individuals over the past three decades, a shift from SCC to UC and an increase in the mean age at diagnosis have been reported. However, the incidence of bladder cancer in Egypt has not decreased; this malignancy remains the second most commonly diagnosed
in men.

Carcinoma of the breast is the most prevalent cancer among Egyptian women. Median age at diagnosis is one decade younger than in countries of Europe and North America and most patients are premenopausal, and hence, it has particularly marked familial, societal, and economic consequences. Breast cancer is relatively advanced at presentation leading to poor survival. Low awareness, unavailable mass-screening programmes, and sociocultural beliefs have been proposed as possible reasons for the late presentation. In additional screening policy makers need to design more culturally relevant strategies to motivate women to utilise screening services. Egyptian women have historically not sought care until they were ill, and studies have shown that 77% are unwilling to have a mammogram until it was strongly request by the doctor. In the same studies in shows that a median of 71.4% blamed the lack of privacy, 69.2% thought that medical checkups were not worthwhile, and 64.6% blamed the cost of services.

To move towards supporting women in Egypt the Women’s Cancer Centre at Nasr City Hospital for Health Insurance was opened in June 2018 and is the first such public centre to be established under the auspices of the National Health Insurance General Authority. The centre aims to provide a variety of health services for patients, including chemotherapy and surgeries for breast and uterine tumours. 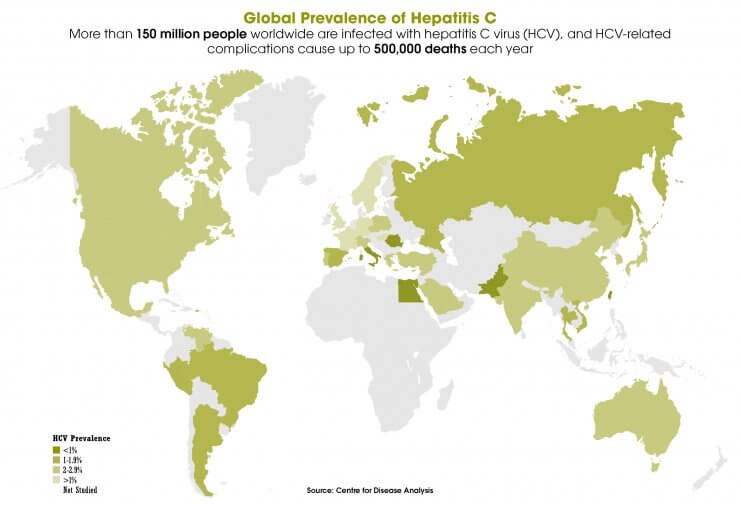 References for this article are available at: MiddleEastMedicalPortal.com/references