Truffle Hunting: It’s all about the right chemistry! Or – metaphorically speaking, “love is in the air.” 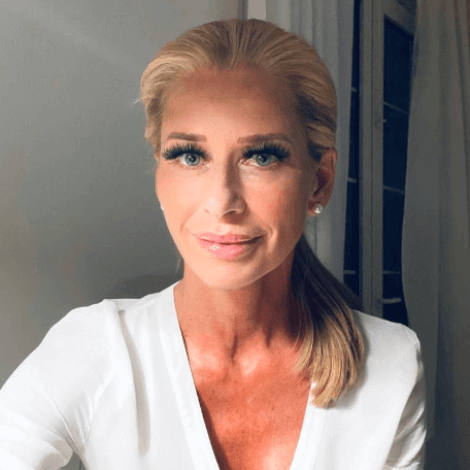 Although I don’t believe in bottled aphrodisiacs – except maybe Veuve Cliquot – I have to admit something seems to be quite real about the “right chemistry”. Whether it is the first flicker of attraction only, or sparks flying between two people, I bet that when you are in that moment, you are not worrying about the chemistry of desire. And that makes perfect sense!

Nearly 150 years ago, Charles Darwin postulated the existence of chemical signals involved in the control of sexual behaviours. These signals fulfill fundamental roles in enabling identification of the perfect mating partner of the opposite sex, the appropriate species and of maximum satisfaction. 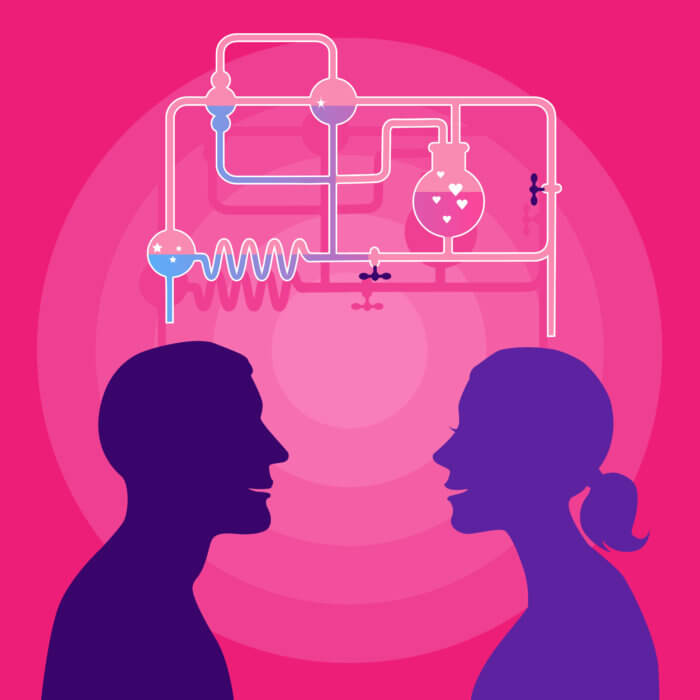 Pheromones are subconsciously released odor signals, microparticles to attract and encourage the opposite sex to mate with us. These odors function as a primer, leading to attraction and promoting the desire for copulation. In the last decade pheromones and their receptors were closer investigated and identified, allowing visualization and manipulation of the neural circuits that link these sensory signals with particular human behaviours. Mapping of the neural circuitry responsible for converting the detection of a single chemical cue into a specific sexual behaviour seems to be an ongoing exciting, challenging scientific goal.

Our immune system genes imbue each of us with a very unique “odor-print” like a fingerprint. We experience smell through a series of specialized proteins known as chemo-sensoric odor receptors. Although we normally associate these receptors with the nose, we actally rather “sense” pheromones. A healthy body presents these smell detecting receptors in many areas of the body. In fact, the female and male pelvic organs are equipped with thousands of such receptors. How much these are alerted or vigilant varies on the pheromone signals they receive and how responsive the sensors are developed and imprinted.

Interestingly, there is enormous diversity in the chemical nature of our pheromones and their impact. Women are more selective when deciding to mate and delicately distinguish if chemo-sensory meta-communication ensures that they find a high-quality mate that satisfies their reproductive and erotic needs. Female pheromones typically comprise a divine blend of chemicals rather than just a single pheromone. A unique identity is conferred by varying minor components of the blend or by varying the ratio between the components. There are pheromones that are secreted into the vagina at optimum ratios during lubrication with the aim of encouraging men to desire to copulate and climax. This group of pheromones can remarkably increase testosterone levels in men, causing feelings of arousal in men if a woman with this “pheromone-cocktail” is present.

Androstenol-containing pheromones increase chattiness and friendliness from both sexes and can increase sexual attractiveness as well. Therefore it has been referred to as an “ice-breaker” pheromone. Pheromones with a higher ratio of androstenol or its isomers are more masculine. Those pheromones are more dominant and create an aura of safety, protection, and reliability associated with more charismatic alpha males.

Funny enough, androstanol, and its derivatives are found in truffles. This was discussed as an explanation for how pigs locate them deep in the ground.

Men instinctively coordinate their release of sperms using pheromones. And coordination is very important because sperms are diluted easily and are short-lived. An effective pheromone push therefore provides a selective advantage in terms of reproductive performance. Some studies provide evidence that human steroids meta-communication differs in effectiveness, depending on the sender-recipient resonance, demonstrating that our visual gender perception draws on subconscious chemo-sensory biological cues, an effect that has huge impact on our subconscious sexual behaviour and readyness.Pheromones are catalysts and primers. As we secrete these chemicals through perspiration, they are subconsciously “sensed“ by the nose, brain, and nervous system. They are powerful signals of attraction or what we call “sex appeal”. 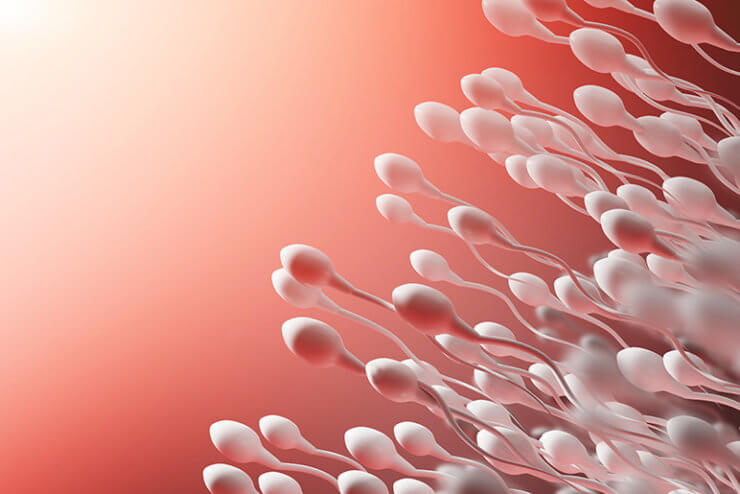 Most important pheromone receptors seem to exist in sperm cells. Certain chemo-sensory receptors found in sperm cells respond to a floral compound, a smell we associate with flowers. The presence of floral scent detectors in sperms seem to help them navigate towards an egg. Sperms are motile cells that move via the presence of a ‘tail’. Sperm cell movement is directed towards areas of high concentrations of certain floral scents. Therefore eggs do not wait passively for the sperm to arrive but in fact produce floral chemicals that in turn attract the sperm to them, meaning that female reproductive cells have the capacity to produce chemical attractants, which increase the probability of successful fertilization. Interestingly, the ability for sperm cells to “smell“ also physically spurts their swimming/progressive forward motility rather than going in loops.

Evidently, the complex cloud of aromas we emit needs a lot more parsing before science closes the book on pheromones since pheromones don’t evoke innate stereotyped sexual behaviours. There is substantial plasticity in pheromone blends and the responses they evoke to provide greater nuance. Fascinatingly, this close relationship has led to pheromones being co-opted for several other non-sexual functions as well, such as guiding humans to suitable food sources, promoting recovering sleep, a strong immune system, and mental wellbeing.

It’s all about the right chemistry. Or – metaphorically spoken –“love is in the air“.

Life is Darwinism – Survival of the fittest! Some of us just seem to have “magic bullets“ in their body odor. Sometimes it just clicks. Next time you have a nose-jerk reaction because you just walked past someone smelling “Oh so good”, it could be the perfume this person is wearing – or it might just be your perfect pheromone-cocktail match!

Let’s sniff it out! Are you equipped for the great truffle hunt?