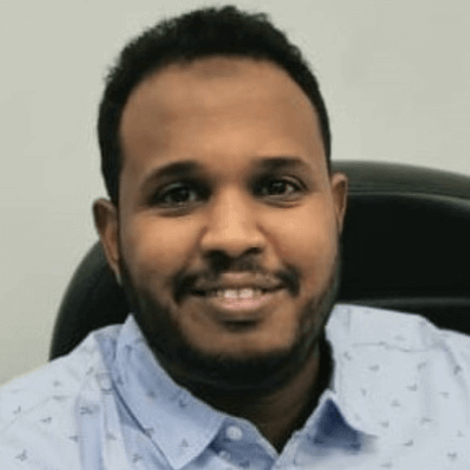 Axillary lymph nodes (ALNs) status has long been considered the most powerful prognostic factor for patients with breast carcinoma.[1‑3] Patients with positive ALNs had approximately 40% less chance of surviving 5 years than those with negative ALNs.[4] Previous studies identified a variety of clinical and pathological factors as independent predictors of ALNs involvement for patients with early‑stage breast cancer. These include tumor size, lymphovascular invasion, tumor grade, and patient age.[5‑7] Moreover, the gene expression profile of invasive breast carcinoma has also been considered in the determination of prognosis for early‑stage breast cancer
patients.[8,9]

In Sudan, like other countries with limited resource settings, most breast cancer patients presented with advanced stage disease, which negatively affects selecting of treatment modality and final management outcome.[10,11] Financial incapacity, ignorance, and misinterpreting symptoms were the top three factors that may lead to late presentation.[12]

ALNs dissection (ALND) has been the standard of care to estimate prognosis and to guide the choice of adjuvant treatment. Sentinel lymph node (SLN) biopsy has emerged as a most powerful tool to probe ALNs status and to spare completion of ALND in patients with uninvolved SLNs.[13]

This technique is unavailable in our settings. Therefore, the standard of care for Sudanese patients with breast cancer is modified radical mastectomy (MRM) or breast conserving surgery (BCS) with Level I and II ALND.[14] The minimal number of lymph nodes (LNs) to be retrieved is 10 for adequate axillary clearances; however, below this level, it will be considered as LNs sampling.[15]

There are limited studies among Sudanese patients with breast cancer that evaluated variables that predict involvement of ALNs with metastasis.[16] Therefore, we conducted this study to estimate the likelihood of ALNs involvement for patients with early‑stage breast cancer, based on a variety of clinical and pathological factors.

We performed a prospective study of female patients that were diagnosed with breast cancer based on histologic confirmation and who were underwent MRM or BCS with ALND at Wad‑Madani Teaching Hospital (WTH) and received adjuvant therapy in the Oncology department at the National Cancer Institute, University of Gezira (NCI‑UG). The demographic, clinical, and histopathological data were extracted from patients’ folders and histopathology reports.

All surgical operations were performed by general surgeons or senior registrars at WTH in Wad‑Madani, the capital of Gezira state. This academic referral hospital serves the whole Gezira state and nearby states. Type of surgical intervention was selected based on tumor size, location, mammographic findings, and patient’s preference. BCS was preferred when tumor <5 cm, more than 5 cm in big (giant) breast, not central mass (sub‑areola), and not multicenter. Breast reconstruction was not available at time of the study; as a result of no trained plastic or breast oncoplastic surgeon.

Histopathologic studies are provided by the University of Gezira Medical Laboratory Center. All tissue specimens were fixed by keeping them in 10% formalin overnight and paraffin wax embedded; 4 mm sections were cut and stained with hematoxylin and eosin. After fixing, microscopic examination of the specimen was done and findings were recorded. Size was assessed accurately. LNs were retrieved, numbers were noted, and involved nodes were recorded. Grading of tumors was done according to Bloom–Richardson Grading System. Details of the immunohistochemistry for estrogen receptor (ER) and progesterone receptor (PR) were collected from histopathology records for each case.

The Oncology Department of the NCI‑UG has a weekly multidisciplinary breast clinic for management decisions. The cancer treatment modalities available at the NCI‑UG include radiotherapy, chemotherapy, hormonal therapy, and palliative care.

Female patients with clinical negative ALNs and for whom staging investigations revealed no evidence of distant metastasis were included in the study. All male breast cancers were excluded. These patients underwent either BCS or MRM. ALNs staging was achieved through Level I and II ALND. Exclusion criteria included patients who received neoadjuvant chemotherapy.

Ethical approval for this retrospective study was obtained from the ethical committee at the NCI UG.

The number of patients who were included in the study was 81. The median age at diagnosis was 47 years (range, 25–85 years). The majority of cases (95%) were invasive ductal carcinoma, while only 5% were invasive lobular carcinoma. Median tumor size was 4.00 cm (range, 1.5–13.5 cm). The majority of tumors (52%) are clinically staged as T2. The prevalence of estrogen and/or progesterone receptors in this study is shown in Figure 1 and it was found positive among 51 % of patients. 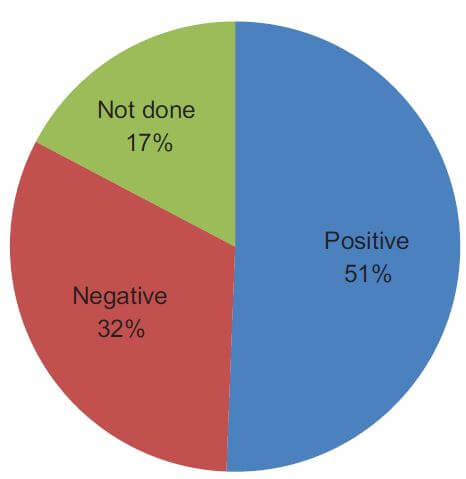 Figure 1: The prevalence of estrogen and/or progesterone receptors

The distribution of our study population according to the number of LNs retrieved is presented in Figure 2. The median number of LNs retrieved was 14 (range, 2–31 LNs). We found 29 (35.8%) patients were diagnosed with negative axillary metastasis, while 52 (64.2%) patients were positive. Patient and tumor characteristics, based on the ALNs status, are presented in Table 1. For the cohort with ALNs metastasis, 30/52 (64.2%) patients had three or more positive LNs. 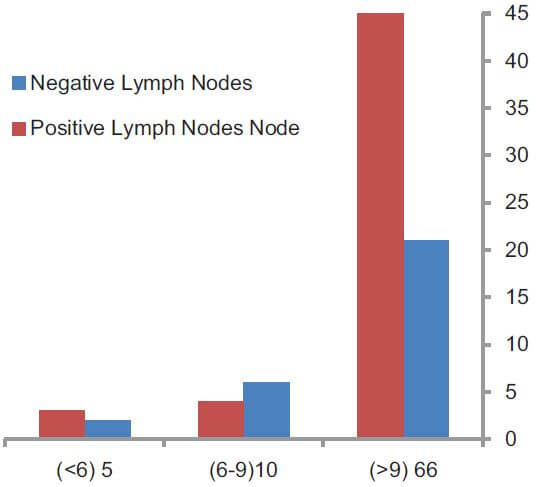 Figure 2: The distribution of our study population according to the number of axillary lymph nodes retrieved

Table 1: Patient and tumor characteristics, based on the axillary lymph node status

Breast cancer is the most commonly diagnosed cancer among Sudanese women.[17] Its incidence was found to be 25.1/100,000 in Khartoum state, Sudan.[18] One in every 3 women admitted to NCIUG for treatment had breast cancer.[19] Breast cancer in Sudanese women is characterized by younger age at onset and advanced stage at diagnosis.[10‑12,20] The low rate of BCS in this study may reflect the high rate of patients who presented with large tumor size.

In the present study, we evaluated the correlation between ALNs status and clinicopathological characteristics of 81 patients with breast cancer. We found ALNs metastasis in about two‑thirds of our patients. Similar to a previous study conducted in Sudan,[16] axillary metastases were not detected in about one‑third of the examined patients. Correspondingly, for these cases, ALND could have been avoided if these patients were identified preoperatively.

In the current study, the median age was 47 years. It was reported that approximately two‑third of the Sudanese women diagnosed with breast cancer were younger than 50 years of age.[12] Breast cancer at a young age is generally associated with aggressive behavior, advanced stage at presentation, and poorer prognosis.[22] We observed that approximately two‑third of patients in the age groups <40 years and 40–60 years had metastatic ALNs, but this association between ages at breast cancer diagnosis and LNs metastases was statically not significant as reported earlier.[23,24]

We observed that node positivity was not related to menopausal status, and premenopausal patients showed a nonsignificant trend toward a higher rate of LN metastases as also shown by Nouh et al.[25] On other studies, tumor grade appeared to play an important role in ALNs metastasis.[6,24,26,27] The present study did not find this correlation, which can be explained by the small number of our study population. Similar finding was reported by Viale et al. who reported that increasing tumor grade does not predict a higher risk for ALNs metastases in multivariate analysis.[5]

The risk of ALNs metastasis increases as tumor size increases.[28] Only three patients in this study were T1. We found ALNs metastasis in 81% and 52% of cases with tumor larger than 5 cm and 2–5 cm, respectively. Postacı et al. reported that T stage was significantly associated with nodal positivity.[29] We observed no correlation between tumor sizes with axillary metastasis. Similar data have been published previously on the incidence of ALNs metastases according to tumor size.[30]

The predictive role of hormone receptor status in previous investigations is controversial.[6,7,24,30] In the present study patients with hormonal receptors negative tumors were more likely to have ALNs metastasis. This was in contrast to findings of Ashturkar et al. who reported that ER and PR‑ negative status was significantly associated with low risk of ALNs metastasis.[30] Positive expression for ER and PR was significantly correlated with histological grade, mitotic score, and nuclear pleomorphism.[31]

The removal of at least 10 axillary nodes represents the international gold standard for systematic axillary staging.[32] In this study, the median number of ALNs retrieved during histopathology examination was 14. We found that the number of ALNs retrieved had a significant association with the number of positive LN metastasis. It is worth mentioning that complications of ALND are increased by the extent of the dissection.[33,34] Therefore, the potential benefit of ALND must be balanced against its well‑known complications.[35,36]

There are few limitations in the present study. First, the small sample only included patients from one tertiary hospital in Sudan. Thus, it is likely that findings seen in other regions of Sudan differ than reported in this study. Second, another weakness may be that different pathologists conducted the histopathological examination and the analysis for ER, PR. Furthermore, HER2 status and lymphovascular invasions were not included in our analysis, and ER/PR testing was not done for some cases.

We found a high incidence of ALNs metastasis among patients with breast cancer in Sudan, which is likely due to various factors such as young age at diagnosis and large tumor size at presentation. Factors associated with a lower chance of developing LN metastasis were age more than 60 years, postmenopausal status, smaller tumor size, and tumor that are positive for estrogen receptor and/or progesterone receptor. The number of ALNs retrieved was found is the only factor which demonstrates statistically significant association with ALNS metastases.