Decompressive Craniectomy for Spontaneous Intracerebral Hematoma, Does it Add Benefit? 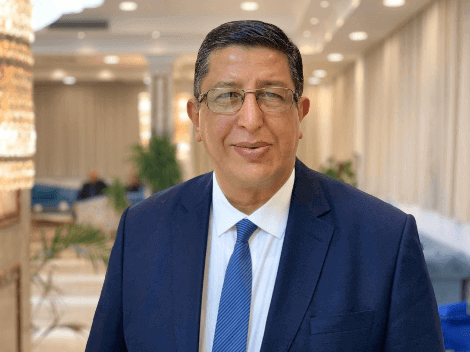 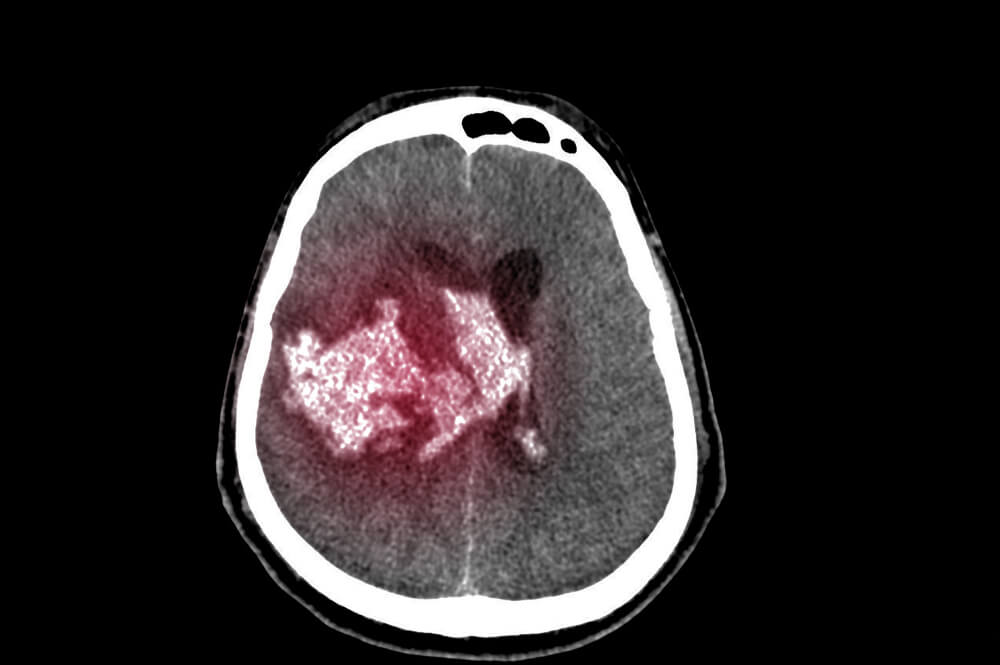 Hypertensive intracerebral hemorrhage (ICH) constitutes about one fifth of stroke patients [1]Mortality rates may reach 50% at 30 days  with severe disability of many survivors [2].The STITCH I trial, one of the landmarks in intracerebral hematoma management does not show superiority of early surgery over best medical treatment [3- 5]).There is clinical and experimental evidence that clot removal might benefit the patients through reduction of the mass effect [6-8]) and removal of noxious chemicals [9-11].

In STITCH II trial patients with bad prognosis (if treated conservatively) gained benefit from early surgery than those with good prognosis and this coincides with some surgeons experience to observe the patients until deterioration happened to proceed with surgery [12].

There is different experimental studies about the progression of edema after ICH [13] the amount of perihematoma edema may reach 75% within the first 24 hours after the ictus and the edema volume may exceed the volume of the ICH itself [14-16].

Several studies confirmed the beneficial effect of DC and ED in reducing ICP and improving cerebral blood flow and oxygen saturation  and so decreased morbidity and mortality [3]) However, DHC can improve outcome after experimental ICH in rats [17] and several clinical studies have demonstrated that this procedure is useful for large hemispheric ICHs [18-21].

The addition of DC and ED to hematoma removal given a space for the edematous brain to herniate and thus preventing compression of vital structures and so it may be a lifesaving procedure [22-25].

There is little prospective randomized controlled trials to compare the effect of decompressive craniectomy with conservative treatment [12].

Our study aims at clarifying whether there is a true clinical and radiologic benefit it from DC with ED without clot evacuation for those patients with large spontaneous supratentorial ICH.

Fourteen patients harboring SICH with mass effect were operated in Zagazig University hospitals by decompressive craniectomy from March 2015 to September 2017.

Written informed consent was obtained from all participants and the study was approved by the research ethical committee of Faculty of Medicine, Zagazig University. The work was carried out in accordance with The Code of Ethics of the World Medical Association (Declaration of Helsinki) for studies involving humans.

All patients were evaluated clinically and radiologically to be enrolled in this study. Inclusion criteria were hypertensive supratentorial SICH not suitable for hematoma evacuation (bad general condition, deep inaccessible) with massive edema and midline shift and GCS score below 10.

CT was the standard modality for diagnosis of ICH being available, cheap, rapid and specific for hematoma detection and volume measurement.

The volume of hematoma was calculated using the abc/2 formula where:

The surgical procedure was through wide scalp incision reaching or crossing the midline with the craniotomy flap diameter about 15 cm centered on the hematoma core.

C shaped dural incision was used based on the nearest sagittal sinus segment or the sphenoid ridge. Pericranium was used as dural graft to cover the exposed brain.

The removed bone flap was buried in the subcutaneous abdominal area till its replacement later on. All patients were transferred to ICU for follow up till improvement of the clinical condition. After 24 hours CT brain was used as guide for measuring hematoma volume and midline shift and detection of postoperative complications. According to the clinical and radiologic improvement, patients were discharged from ICU to the ward and to their rehabilitation centers later on. 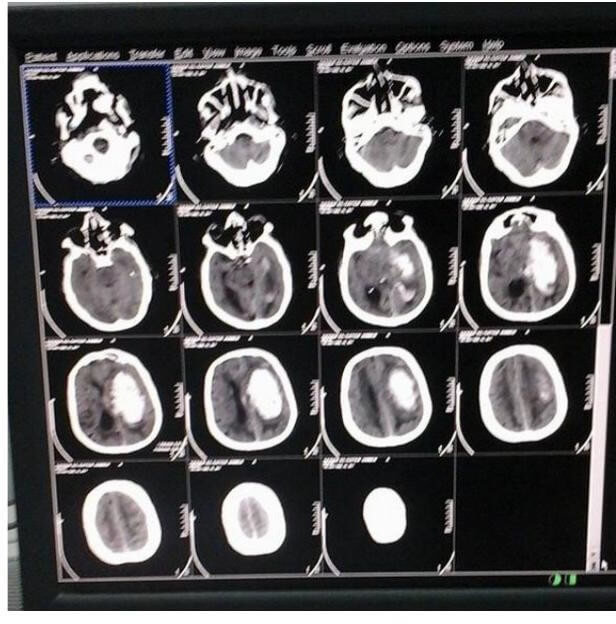 Image 1 Preoperative CT of a case of SICH with anticoagulant toxicity. 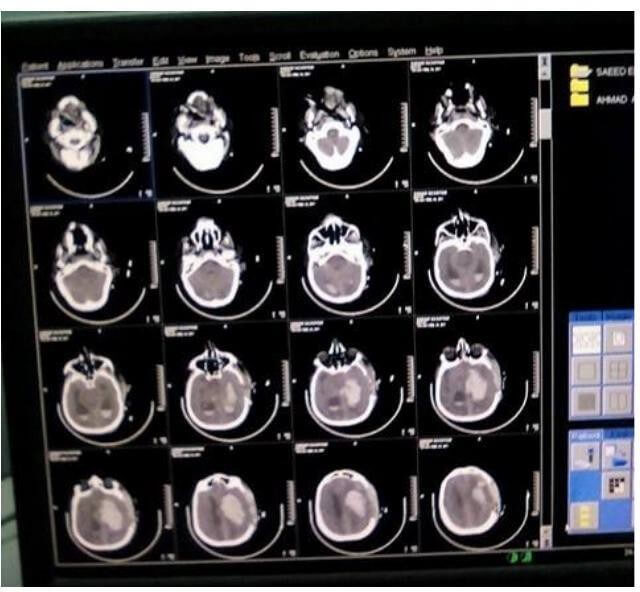 The management strategies for spontaneous intracerebral hematoma are still controversial despite the advance in minimally invasive techniques. The surface area of hemicraniectomy may be related to the results of surgery assuming that narrow craniectomy may cause shearing effect at brain tissues at the edge of craniectomy during herniation leading to neurovascular damage [32]. We routinely did large craniectomy with a diameter of 15 cm to avoid such effect.

The rational for early decompression in cases of spontaneous ICH is the documented increase in hematoma size and the increase in perihematoma edema.

Many studies evaluated the rate of hematoma enlargement in the first 24 hours and showed results ranging from 14 to 38% [33,34].

Batjir et al, 1998 [35] recommended surgery for hematoma size of 3-5 cm diameter who were deteriorating under optimal medical measures or has radiologic evidence of herniation and not posturing [36].

Brain trauma during hematoma evacuation may overweight the benefits of surgery, and many studies favored limitation of invasiveness of surgical procedures suggesting the benefit of DC alone based on good results in other indications like massive MCA occlusion [37, 38].

In our study ED was done in all cases using the pericranium as a dural graft, some used the satellite incision with approximation of the loosely replaced dura [19] reconstructed bovine allograft [16] and others leave the dura open [35].

Regarding the role of surgery in SICH, many studies discussed this issue.Kaya et al, 2003 [34] concluded that outcome at 6 months in surgical group was much better compared with conservative group, while Fernandes et al, 2000 [39] did a meta-analysis of  7 randomized trials and found trend for surgery to reduce chances of death and dependency. According to Juvela et al, 1989 [40] the mortality of  semicomatose or stuporous patients was lower in surgical group than in conservative group but all surviving patients in this subgroup were severely disabled, while in the study of Batjer et al, 1998 [35] microsurgery and best medical management had little to offer in putaminal hematomas but results showed trend toward lower rate of death or dependence in surgically treated group.

Intracranial pressure elevation with ICH is due to hematoma expansion and increase in perihematoma edema within the first  24 hours.

The mortality rates for cases managed by hematoma evacuation combined with decompression is better than the natural history which leads to a mortality of 85%.

The conclusion of STICH trial that clot evacuation may exacerbate tissue damage, may explain the concept of decompression alone in refractory cases of large ICH.

The modified Rankin Scale was used as a tool for evaluation of postoperative outcome at 6 months, with good outcome defined as mRankin scale from 0 to 4 [19].

In our study the number of patients with good outcome according the mRankin scale was 10/14 (71.4%0), this was considered as an encouraging results for DH compared to conservative treatment. 46.7% good outcome in the control group in the study of Fung et, al 2012 [19].

There was a high mortality, with only 38% of affected patients surviving the first year. The results for primary intracerebral hemorrhage were 62% dead and 68% of survivors functionally independent [36].There was a mortality rate of 93% after conservative treatment of ICH with 60 ml volume or above [19].

We can conclude that the use of decompressive craniotomy in selected cases of ICH is superior to the natural history of the disease if the hematoma volume is large enough to produce a significant midline shift and deterioration of the conscious level.

DC may be an alternative to hematoma evacuation through craniotomy if there is bleeding tendency preventing safe evacuation.