Diabetes and its associated cardiovascular complications in the Arabian Gulf: Challenges and Opportunities 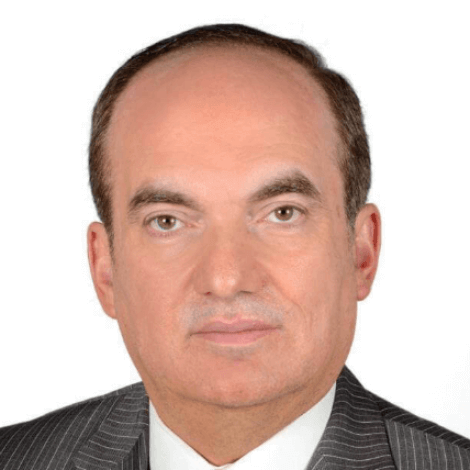 Diabetes mellitus (DM), one of the public health issues of the 21st century [1], is a leading cause of morbidity and mortality worldwide and it continues to increase with reducing physical activity and increasing obesity [2]. Around 415 million people were suffering from DM in 2015 and this is estimated to reach approximately 652 million in 2040 [3]. This also calls for a major financial burden as the DM related health expenditure is expected to rise to $802 billion in 2030 from $673 billion in 2015 [3]. Among adults, DM is responsible for 14.5% of all-cause mortality, and around 50% of these deaths occur before 60 years of age [4].

According to the World Health Organization (WHO), DM is the third highest cause for premature mortality (6%) after hypertension (13%) and tobacco use (9%) [5]. Moreover, the complications associated with DM constitute a significant cause of disability and reduced quality of life [2]. Fast socioeconomic development has resulted in obesity and a high prevalence of diabetes and chronic diseases. Factors contributing to the rise in the prevalence rate of diabetes and obesity are multifactorial and primarily linked to economic development, and the parallel shift in culture, lifestyle, and dietary habits [6].

The risk of vascular comorbidities in DM patients is around two-fold [7], with 80% and 50% relative risk with myocardial infarction (MI) and stroke, respectively, as compared to people without DM [8]. The risk of cardiovascular disease (CVD) mortality is 2-4-fold higher in the diabetic population as compared to the non-diabetic population [9,10]. Patients suffering from type 2 diabetes mellitus (T2DM) have 2 fold risk of coronary heart disease (CHD) and 2.27 fold risk for ischemic stroke [7]. T2DM is also a major contributing factor to heart failure, peripheral arterial insufficiency and microvascular complications [11].

This review addresses the magnitude of the problem of diabetes, prevalence and cardiovascular complications of DM in the Gulf Cooperation Council (GCC) countries. Further, the review also highlights the causes, guideline implications, and prevention measures for DM control in the GCC countries.

ALARMING PREVALENCE OF DM IN THE MIDDLE EAST

A very high prevalence of DM is reported from the Middle East. Recently a retrospective study reported the pooled prevalence of diabetes (19%) with the highest prevalence in Bahrain (33.60%) and the lowest prevalence in Yemen (9.80%) [12]. The study also reported a high prevalence of T2DM among men in Bahrain, Saudi Arabia, the United Arab Emirates (UAE), and Kuwait, despite the diverse socio-economic and cultural settings [12]. The International Diabetes Federation (IDF) 2017 reported that the age-adjusted comparative prevalence of DM in the Middle East and North Africa in 2017 was 10.8% (second to North America and the Caribbean – 11%) [13]. Moreover, the prevalence of undiagnosed DM in this region was 49% in 2017, and the mortality rate due to DM in patients <60 years was 51.8% [13].

DIABETES PREVALENCE IN THE GCC COUNTRIES

During the past four decades, there is a change in food habits due to an increased income and urbanization in Arabian Gulf countries [16]. There has been an increased in the consumption of junk food especially by school children [17]. A study reported only 38% of the population consume fresh vegetables and 40% eat fresh fruits [6]. A study from Bahrain determined that around 19% and 22% of school-aged males and females avoid breakfast, respectively [18]. A similar trend was also detected in 15% and 49% of Saudi adolescent males and females, respectively [19]. Evidence suggests that a sedentary lifestyle and lack of physical activity increase the risk of various diseases such as obesity, T2DM, CVD, stroke and premature mortality [20]. Studies documented that adults of the Gulf countries spend most of their waking time (50%-70%) in sedentary behavior through sitting position [21,22]. Computerization, organization of work, and household chores has led to a noticeable decrease in physical activity.

Rising obesity trend in the GCC countries contributing to DM

Obesity is the growing epidemic situation in the Arabian Gulf States and is also one of the main reasons for the high prevalence of T2DM [23]. The average obesity rate in the GCC countries has been reported to be 40%, which is an alarming level across the world. This situation is likely to get worse in the future as the sedentary population in the region ages [24]. The obesity rate in children and adolescents in the GCC countries ranges from 5% to 14% in males and 3% to 18% in females [25]. Perceived tolerance to fatness is one of the factors contributing to obesity. Also, married women are more prone to obesity as compared to unmarried women [26] probably due to a less active lifestyle and habit of eating together which might reinforce increased food intake [27,28].

The trend of rise in obesity has been associated with exposure to end-products of industrial chemical production and environmental exposure to endocrine disrupting chemicals (EDCs) such as bisphenol A (PBA) and alkylphenols; or organophosphate pesticides and perchlorates (d). These EDCs disrupt metabolic pathways thereby affecting insulin resistance which led to weight gain [6].

IMPLEMENTATION OF GLOBAL GUIDELINES ON DM IN GCC NATIONS

The American Diabetes Association (ADA) has set a goal of glycosylated hemoglobin (HbA1C) <7% as an indicator for optimal glucose control for DM management and preventing complications associated with it [33-36]. However, despite ample evidence from clinical trials showing the benefits, the HbA1c is sub-optimally poorly controlled in this region [32]. Table 2 summarizes the scenario of poor glycemic control in the T2DM population in some of the GCC countries [33-37]. Moreover, a study in Kuwait reported that around 55% of T2DM patients had an HbA1C value of >9%.

RECENT INITIATIVES TO TACKLE DIABETES IN THE GCC COUNTRIES

The Gulf countries are building momentum towards encountering the growing burden of obesity and DM. Leaders from the GCC countries approved a strategy for tackling non-communicable diseases in 2014. Imperial College London Diabetes Centre opened in Abu Dhabi in 2006 is a world class center. Joslin Diabetes Centre was set up in Dubai and UAE has witnessed the establishment of several diabetes centers. UAE also organizes public awareness campaigns regularly. A screening program was initiated in Abu Dhabi which inspired other GCC countries and a similar program is expected by them in the near future [15]. After the establishment of the Dasman Diabetes Centre for training and research, Kuwait is looking forward for building DM surveillance capacity. Several other initiatives have been taken in the GCC countries like health education in UAE schools, national plan for control of chronic disease in Bahrain, specialized clinics in Saudi Arabia, and NIZWA project in  Oman [43]. IDF has valued the efforts of the national diabetes program of Oman. Taxes are levied on sugary beverages in Saudi Arabia [6]. Qatar presented a national diabetes strategy in 2015.

PREVENTION OF DM AND CARDIOVASCULAR COMPLICATIONS

Need for revised clinical practice in the GCC nations

GCC countries need to introduce a diabetes awareness program and educational models to spread DM awareness and improve patient compliance, thereby inspiring better self-management. Healthcare professionals should be aware of risk factors associated with DM and should be up to date with recent guidelines on DM self-management [44]. Promoting physical education across the GCC countries, especially among females, is highly recommended. Awareness programs on diet control and calorie intake should be promoted in these countries. Gender equity is encouraged in the GCC countries to increase female contributions in healthcare and decision-making [27].

The consensus recommendations for the management of T2DM and CVD are as follows [43]:

As compared to the level of T2DM in the Middle East, the research data on the disease is scarce. Specific data from many Arab countries are still missing which would be crucial in formulating a strategic plan for combating the disease. A rising trend in obesity in this region warrants ethnic-specific obesity cut-off points for the risk of diabetes [14]. Data is also scarce on self-management which could be compensated by raising awareness and spreading knowledge regarding DM in the Middle East population. Middle East countries are culturally different from western countries and thus cultural adaptation in the studies hinders the effectiveness of diabetes self-management education (DSME). This warrants the GCC specific interventions for the management of T2DM self-management, which probably would make the interventions more effective.

The prevalence of DM is reaching an epidemic in the GCC countries and a higher prevalence of obesity and a sedentary lifestyle is sprouting this crisis. Low physical activity trend and increasing fast-food culture, attributed to economic transformation, has led to very high obesity level in these countries. Low healthcare expenditure and poor glycemic control amplified the burden of DM and its related complications in the region. Public awareness, patient-specific lifestyle modifications and large clinical trials on CVD outcomes related to diabetes are needed. Several initiatives have been taken by the Gulf countries, but more is needed to tackle the growing prevalence. This review suggests that extra efforts are needed for preventive and curative strategies in order to decrease the burden of this non-communicable disease. Large-scale clinical trials are also warranted keeping in mind the risk factors for diabetes in the region.

Genetics and Pathophysiology of Maturity-onset Diabetes of the Young (MODY): A Review of Current Trends
Sacubitril/Valsartan in Management of Heart Failure: A Review of Safety, Efficacy and Cost-Effectiveness
Impact of Electronic Cigarette on Public Health
Hospitalization Rates and Characteristics of Patients Hospitalized with Laboratory-Confirmed Coronavirus Disease 2019
Transcatheter Aortic Valve Replacement Patient Selection: A Frailty-Centered Approach
Share your articles so others can learn from you*