The sella turcica or pituitary fossa is a midline saddle‑shaped bony depression in the body of the sphenoid bone located in the middle cranial fossa. It contains the pituitary gland which is a master gland that controls many endocrine functions. The pituitary gland is attached to the hypothalamus superiorly through the pituitary stalk or infundibulum.[1] Other surrounding structures include the optic chiasm and the sella diaphragm superiorly, the cavernous sinuses laterally, and the sphenoid sinus inferiorly. The functions of the pituitary gland are controlled by regulatory hormones from the hypothalamus which include stimulating and inhibitory hormones.[1] Empty sella syndrome (ESS) is a situation where the pituitary gland is partially or totally absent from the sella turcica and can be classified as primary ESS (PES) and secondary ESS (SES).[2] PES has no antecedent cause but is thought to be due to defective development of diaphragm sella in a background of increased intracranial pressure, with arachnoid herniating into the sella turcica.[3] SES occurs with identifiable causes, i.e., prior tumors such as adenomas undergoing spontaneous necrosis, radiotherapy, surgery, hemorrhage with infarction or atrophy of the pituitary gland, head trauma, drugs, and autoimmune diseases.[4,5]

ES is a common incidental finding in brain imaging, especially in middle‑aged obese women. Symptomatic cases of ESS are, however, rare. Symptomatic ESS is associated with various clinical presentations which include systemic hypertension, endocrine abnormalities (due to pituitary damage such as hyperprolactinemia and growth hormone deficiency), visual defect from compression of optic chiasma, neuropsychiatric symptoms, benign intracranial hypertension, and cerebrospinal fluid (CSF) leakage from the nose and headache.[2,6,7] They generally present with symptoms of raised intracranial pressure and symptoms related to compression of structures surrounding the pituitary gland.

The aim of this study is to report that the diverse clinical presentations of patients with imaging finding of ES on magnetic resonance imaging (MRI), a condition previously thought to be an incidental finding with no clinical consequence in our setting, can be explained and are likely related to ES.

This is a retrospective study conducted over a period of 3 years between May 2016 and 2019 at a private radiodiagnostic center following a workshop and a public announcement that MRI services are now available. Cases included in the study were patients who had MRI of the brain for diverse clinical reasons where the imaging finding showed ES. There were no other brain lesions to explain the chronic clinical symptoms of these patients who were referred from other hospitals and most of their medical details are unknown to us. These patients had no clinical history to suggest secondary ES. Routine plain brain MRI protocols including T1‑ and T2‑weighted images, fluid‑attenuated inversion recovery images (FLAIR), diffusion‑weighted images (DWIs), and apparent diffusion weighted (apparent diffusion coefficient [ADC]) were done. The images were acquired in the axial, sagittal, and coronal planes using the head coil of a 1.5 Tesla Elan vantage MRI machine, Tokyo, Japan.

A  total of eight females between the ages of 34 and  56 years who presented with various chronic clinical symptoms had an imaging finding of ES on MRI. The typical image of absent or significantly flattened pituitary gland with the sellar completely replaced by CSF and the infundibulum/pituitary stalk seen within the CSF is shown in Figure 1a‑d. 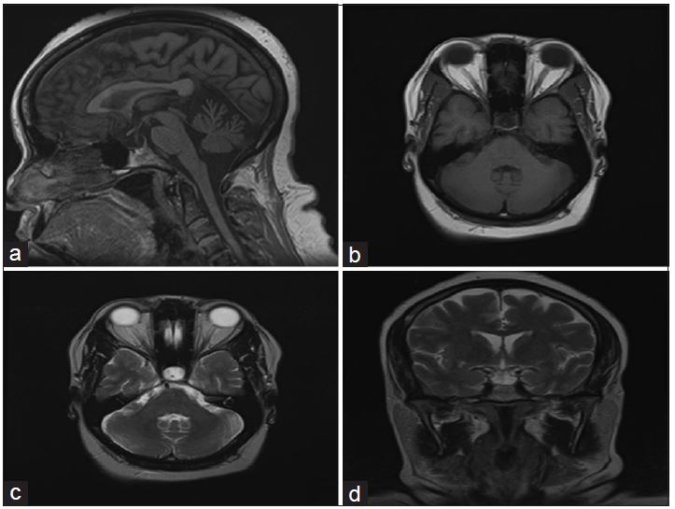 Table 1: Distribution of patient symptoms and clinical and radiologic diagnoses

?: It means that the questioned pathology is a clinical suspicion. CSF: Cerebrospinal fluid, ES: Empty sella

The clinical symptoms were numerous; however, seven symptoms were found to be present in more than one individual as shown in Table 2. All the patients had headaches. The headaches were chronic and nonlocalized. Frontal, occipital, generalized, and one‑sided headaches were reported. They did not abate with regular analgesics. Visual loss was the second‑most common symptom; it was seen in 37.5% (n = 3) of patients. It was nonspecific and intermittent. The aggravating and relieving factors could not be ascertained. In the absence of structural defects in the globes, ocular muscles, and optic nerve, an ophthalmologic review was recommended for these patients. Two (25%) women of childbearing age presented with galactorrhea, excessive weight gain, menstrual irregularity, and secondary infertility. They were obese with a body mass index of  >25  kg/m2   and  had  hyperprolactinemia  which  did  not respond satisfactorily to dopamine agonist. Their previous obstetric history did not suggest Sheehan’s syndrome. The other patients had no fertility issues. Only one (12.5%) patient had other cranial imaging finding asides ES. Clinically, this patient had polydipsia, polyuria, altered sensorium, and chronic headache. Blood work showed hyponatremia and normal blood glucose level on several occasions. On imaging, she had a well‑defined, nonhomogenous parasagittal area of increased signal on T2‑weighted and FLAIR sequences and reduced intensity on T1‑weighted images involving the mid brain, right temporal cortex (laterally), the thalami, and the posterior limb of the internal capsules. There was no effacement of the adjacent brain structures. There was reduced signal on DWI and increased signal on ADC, in keeping with subacute infarcts from deep cerebral vein thrombosis. Some patients presented with other clinical symptoms such as memory loss, dizziness, and chronic fatigue as shown in Table 1.

PES is a common incidental finding with a varying prevalence of 8%–38%.[7] A prevalence of 1.94% in a large study involving 12,414 patients in India has also been reported.[8] In patients with SES, there is usually a positive history of previous pituitary tumors, surgery, medical treatment for sella tumors, radiotherapy, hemorrhage, or head trauma. PES is postulated to be due to a defective or weakened sella diaphragm in a background of increased intracranial pressure resulting in the herniation of the subarachnoid space into the sella by the hydrostatic pressure and pulsatile movement of CSF.[3,5,9] PES has also been associated with multiparity where enlargement of the pituitary gland during pregnancy may result in a weakened sella diaphragm and herniation of CSF into the sella.[4,7]

All patients in the index study were women. Although our study constituted patients with symptoms whose imaging finding on MRI showed ES, other studies have reported ES in males and females with a higher female preponderance and a female‑to‑male ratio of up to 3–4:1.[8] The higher prevalence in women may be responsible for a higher number of symptomatic cases seen in women. All our patients were middle aged, between 30 and 56 years, which is similar to studies by Ghatnatti et al. and Degli Uberti et al.[4,10]

Headache was the most common clinical presentation. It was seen in all the patients in our study. The headaches were in various degrees and location and were chronic ranging from months to years. This has also been reported in large studies and case studies.[2‑4,8,9] Although headaches are frequently reported, the cause of the headache is unknown as there is no established association with ES.[8] It may be possibly related to the raised intracranial pressure. Visual symptoms were also common in our study; these are said to be due to pressure effect on the optic chiasm and has been documented in other studies.[8,9,11]

Varying degrees of endocrine abnormalities such as hyperprolactinemia, growth hormone deficiency, and gonadotropin deficiency are frequently reported, and they range from 19% to 50%.[7‑9,12] In majority of the cases, the imaging was done to rule out a pituitary mass as the cause of hormonal imbalance. Compression of the pituitary stalk by the increased intracranial pressure results in alteration of the releasing and inhibitory hormones from the hypothalamus. Hyperprolactinemia is the most commonly reported endocrine abnormality and was seen in two (25%) of our patients. These patients also had secondary infertility although previous studies showed that ES is associated with multiparty.[4,7] The most common cause of hyperprolactinemia is prolactinoma, a type of pituitary tumor. In patients with ES, it is thought to be due to the loss of the inhibitory effect of dopamine, a hypothalamic hormone in the anterior pituitary gland. Prolactin acts on the breast tissues to increase milk production which explains galactorrhea. High level of prolactin also inhibits the release of gonadotropin‑releasing hormone which prevents ovulation and results in infertility and menstrual abnormality. Hypogonadism and infertility have been reported in females with hyperprolactinemia.[13] Other anterior pituitary gland hormonal deficiency such as hypothyroidism and insulin‑like growth factor 1 deficiency have also been reported.[12]

Deep cortical venous infarction with ES was seen in one of our patients. The thrombosed vein was not demonstrated in computed tomography venography or magnetic resonance venography, probably because it would have recannalized. Simons et al. reported that persisting disturbance of venous circulation even post recanalization may lead to an increased intracranial pressure which may result in the herniation of CSF into the sella.[14] Features of diabetes insipidus and syndrome of inappropriate secretion of antidiuretic hormone presenting as polydipsia, polyuria, hyponatremia, and normal blood glucose were also seen in this patient. These are likely due to disturbance of the pituitary hormones. In the study by Diederich et al.,[15] severe normovolemic hyponatremia from previously unrecognized hypopituitarism and secondary adrenal insufficiency were mostly due to ES in 43% of cases. Sheehan’s syndrome and pituitary tumors were also the common causes.[15] In our patient, venous infarction and normovolemic hyponatremia were seen at the time of imaging; it is unclear which led to the other.

ES presenting with psychiatric disorders has been reported by various scholars.[4,8,11] In our study, two (25%) patients had psychotic symptoms but were not objectively evaluated for psychological disorder. The working diagnosis was made due to the bizarre clinical symptoms they presented with, and the imaging was done to rule out an intracranial lesion.

Chronic fatigue, where patients were unable to get out of their beds or may crawl out of their bed and are unable to carry out routine personal activities, was reported in three cases. This symptom was said to have resolved without specific therapy. The cause is not known to us but may be related to the low level of pituitary hormones. Del Monte et al.[12] associated chronic fatigue, hyponatremia, and altered consciousness with hypopituitarism; however, in their experience, the patients recovered after hormonal replacement therapy.

Other reported symptoms such as CSF rhinorrhea, seizures, and sensorineural hearing loss were not seen in our study.[8] The only patient with suspected CSF leak had midline CSF signal in the lumbosacral lesion; the fistulous track could not be demonstrated. Lumbosacral CSF leak with ES has not been documented to the best of our knowledge.

The limitation of this study is the small study group (sample size). Thus, this may not be a true reflection of ES in our environment. As the clinical presentations are so diverse and imaging is relatively expensive and unavailable, the chances are that a good number of patients with this clinical condition are underdiagnosed or are being managed symptomatically with little or no improvement over time. This may be responsible for the chronic/late presentation seen in this study.

The patients were referred to neurology, endocrinology, and ophthalmology clinics for further evaluation and were lost to follow‑up. However, with permission, two of the patients were linked to form a support group.

ES, an imaging finding which is generally thought to be of no clinical consequence in our environment, has been found to present clinically in many diverse and complex ways which can be a diagnostic dilemma, for which a high index of suspicion is required. In a resource‑poor setting with little or no health insurance like ours where MRI is expensive and unavailable, patients will spend a fortune treating the vague symptoms. ES should be considered in obese female patients with chronic headache and other unexplained symptoms.