Life of an expat in the Middle East: Paramedic – part 1 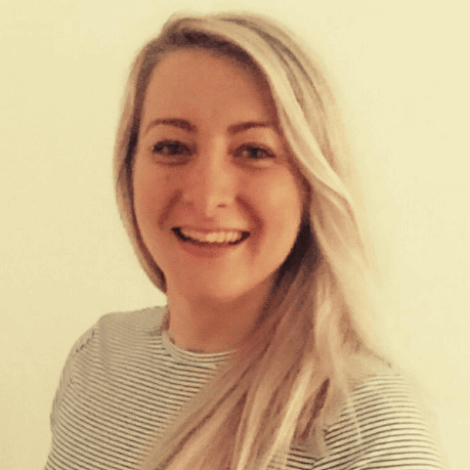 Rachel McDonald is a British paramedic who spent two-years working at one of the biggest hospitals in Riyadh, Saudi Arabia. Whilst working as an EMT, she was headhunted and honoured to provide medical support for a royal family whilst they travelled. 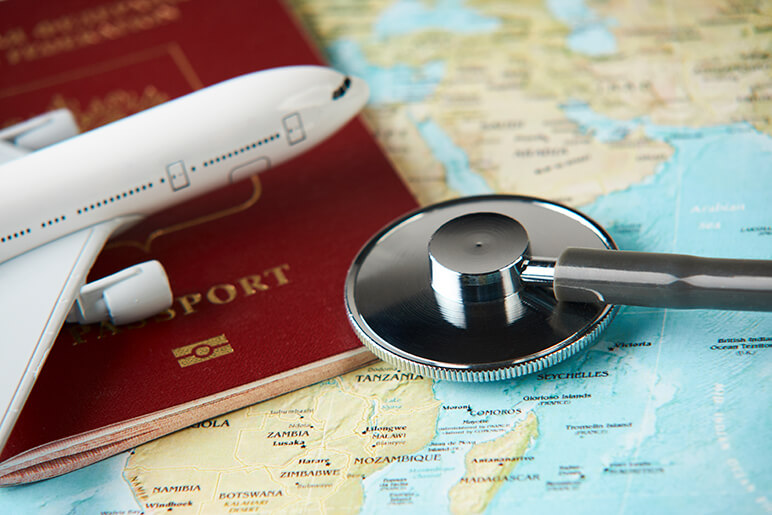 It was 2015, I was working in the UK and I felt unmotivated. I needed a new challenge, so, I decided to apply to become a hospital-based paramedic in Saudi Arabia.

The first challenge was undertaking all of the health screening and recruitment process. Via the NHS, I had to battle with GP receptionists, hospital appointments, and lengthy forms, but eventually I completed everything.

I have to admit that I felt terrified when my father dropped me off at the railway station so I could travel to the airport. I hugged him goodbye and suddenly felt like I never wanted to let him go (I did eventually). Once on the airplane, I started thinking of friends and loved ones who I had left behind, my thoughts were aided by two lucky charm bracelets gifted from friends. I began to feel less terrified and became excited thinking about what might be in store for me during this new adventure. I had previously prepared for my migration to Saudi Arabia by studying the religious and cultural climate so that I could be respectful to my new host country. Whilst on-board, I made a mental checklist ensuring that I had everything, including my abaya (a simple loose over-garment, essentially a robe-like dress). 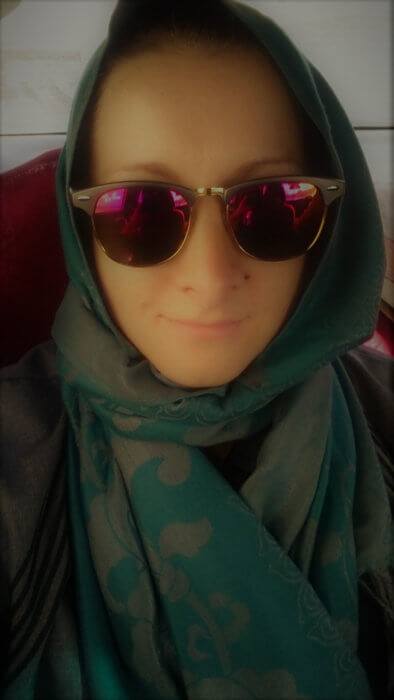 I arrived on a Thursday evening and I was met in customs, then rushed through the queues (like a VIP). I felt tense and guarded, however, I was put at ease when lots of kind local men at the airport started helping me retrieve my bags from the conveyer belt. An American female colleague collected me and took me to my new home. She told me a few valuable pieces of information in-order for me to be safe whilst in The Kingdom. When we arrived at my accommodation, a box of groceries welcomed me into my (shared) apartment and a sign showed me to my bedroom. I distinctly remember thinking, ‘well this ain’t too shabby!’

The next morning, I met my Australian roommate, she showed me around the social areas of the hospital and I got to meet her friends. Within Saudi Arabia, the weekend runs from Friday to Saturday, Sunday is the first day of the week (it takes some time getting used to for sure!)

On the Sunday morning I met with my clinical supervisor, Linda. Little did I know that I would be spending a lot of time with her over the next four-weeks and I had to hit the ground running with the amount new information given to me. At that time, I held seven years’ experience working within emergency care and as a mentor. I felt confident within my trade, however, this old dog was about to learn some new tricks. Only problem is, when a certain way of patient care, algorithms, policy, procedure, and societal health-norms are drummed into you, those ‘new tricks’, know how to catch you out. Linda liked to take the approach of, ‘no one knows anything’. She was used to training international medics with varying degrees of training and experience and therefore her approach was justified, everyone started from a blank sheet.

New skills included the use of infusion pumps, machines that allow for a constant or timed administration of a medication, also cardioversion and pacing, which are interventions that convert the heart rate to a slower rate or ensure a faster rate. I also had to get my head around a comparatively more in-depth use of ventilators and the sedation of patients and the use of some new drugs such as; dopamine, fentanyl, midazolam, magnesium, and calcium carbonate. These are common practice in most areas of the USA, so in comparison to my American colleagues I felt somewhat behind. I was lucky enough to have been the only new employee at that time, which meant that my training was one-to-one with Linda. A typical training session would involve discussion of a topic, some further reading for me and then a practical run through and assessment. It was testing at the time, but in hindsight, I appreciate her hard work and dedication.
On top of all the normal aspects of learning a new role, I also had to learn the layout of the huge hospital. Shame I couldn’t just learn to locate my office and relax, I had four training weeks to grasp where each department was so that I could correctly locate and move patients around once solo… this was a mission as the hospital was massive.

It was fascinating to be working with an international team. One day, I was working with healthcare professionals from the Czech Republic, Tunisia, Syria, Kashmir, Canada, USA, and of course Saudi Arabia. It felt mad and exhilarating all at once. 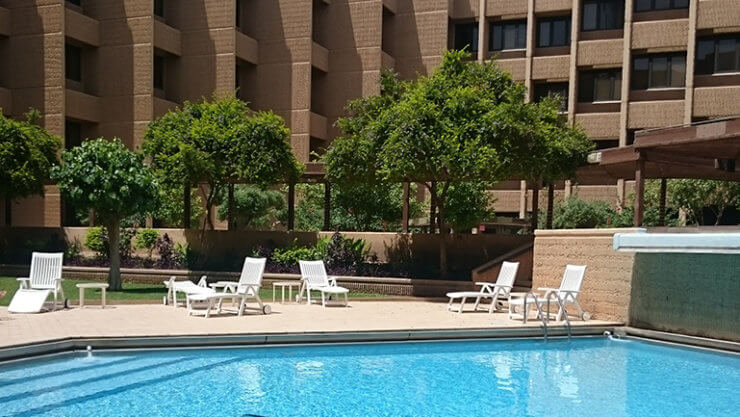 In the evenings I spent my time revising by the swimming pool at my apartment and occasionally did some baking to unwind. I took the baked goods into the office as a ploy to ‘break the ice’ and let people know that, ‘I am alright’. They were gratefully received as everyone takes kindly to food and I think this truly helped me to connect to my new colleagues.

However, what I didn’t realise during those primal stages was that I would have contact with some really challenging cases. It meant that I had to work on my confidence and leadership skills. A cardiac arrest scenario is a pretty standard situation for any paramedic, however, when working with an international team there can be some language barriers. I was also involved in the transport or critically unwell neonate patients, maintenance of safe infusion of blood products and would have to ensure the stability of cadavers destined for
organ harvesting.

I explain the highs and lows involved in these trials in part 2.