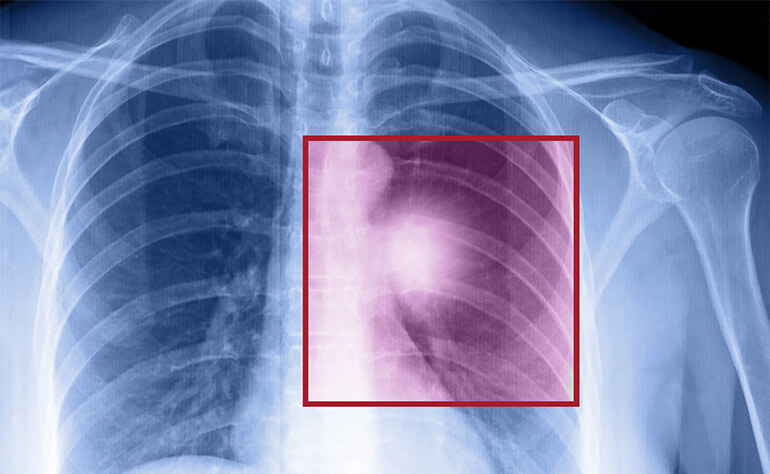 Despite the remarkable success of molecular targeted therapy in recent years, the rapid increase of drug resistance is a major obstacle to effective treatment of lung cancer.

How do lung cancer cells adapt to targeted therapy?

What is the molecular basis of such adaptive behaviour?

Can this adaptive response be memorised by cancer cells?

If so, is it heritable?

The answers to these questions will provide a deeper understanding of the evolutionary process of drug resistance during molecular targeted therapy.

In a study published in Cell Reports, research teams led by Dr. JI Hongbin at the Institute of Biochemistry and Cell Biology of the Chinese Academy of Sciences, Dr. ZHOU Caicun at the Shanghai Pulmonary Hospital, Tongji University School of Medicine, and Dr. LI Cheng at the School of Life Sciences, Peking University, revealed the important role of epigenetic regulation-mediated metabolic reprogramming in lung cancer’s capacity to resist molecular targeted therapy.

They also found that continuous stimulation with low-dose drugs reinforced this adaptive response, and eventually promoted the development of drug resistance.

Such adaptive behaviour occurs not only in EGFR-mutant lung cancer, but also in ALK-rearranged lung cancer, thus indicating this phenomenon is not restricted to one lung cancer type.

In addition, the researchers revealed the molecular basis of this adaptive response, which involves epigenetic regulation-mediated metabolic reprogramming.

Not surprisingly, correlation analyses of clinical data showed that high expression of BCAT1 in tumours is associated with an unfavourable therapeutic response to drug treatment and predicts poor patient prognosis.