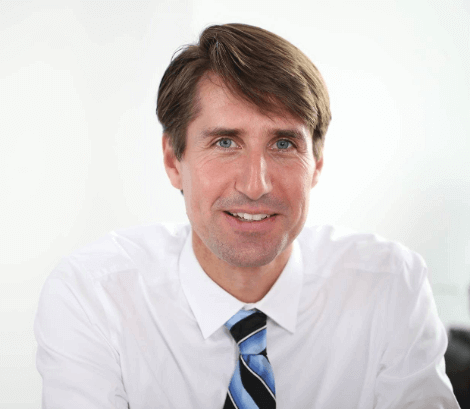 Modern science has produced numerous exciting advances in medicine. The use of nanotechnology for heart failure treatment and immunotherapies to combat cancer are examples of medical breakthroughs that have occurred in recent years. However, because of the aged population stroke is one of the leading causes of death and a major cause of long-term disability in both the developed and developing countries in the world. In addition, more young people are affected by stroke in low- and middle-income countries. Specifically in the Middle East and North Africa stroke is increasingly becoming a major health problem, with projections that deaths from it will nearly double by 2030 (Tran J et al., 2010).

Hypertension is the most prevalent risk factor for stroke in the Middle East, followed by diabetes, dyslipidemia, and cardiac diseases, respectively. The prevalence of hypertension is increasingly growing among adults aged 25 years and older, reaching 30% of Middle East population, and diabetes rates attaining 11% of the population (El-Hajj M et al., 2016). Consequently, the highly prevalent risk factors pattern among the majority of the Middle East countries are accompanied by a low rate of self-awareness and control of non-communicable diseases.

Every 30 minutes, a stroke patient is either disabled or suffers from a stroke in the UAE (2)

The majority (85%) of strokes are ischemic and occur when blood flow to a region of the brain is reduced beyond a critical threshold. Rapid restoration of blood flow to the ischemic penumbra is the most robust predictor of good clinical prognosis after ischemic stroke. Following vascular occlusion, a complex chain of events occurs at the molecular level including energy depletion, glutamate‐induced excitotoxicity and calcium overload, loss of transmembrane ionic gradients, and free radical production. Together, these result in neuronal dysfunction and ultimately lead to immediate and irreversible necrotic cell death within the ischemic core. In contrast, the tissue surrounding the core, the ischemic penumbra, undergoes delayed programed death.

Moreover, neuroinflammation plays a significant role in the pathophysiology of the subacute and chronic phase of stroke. In the healthy brain, microglia, the resident immune cells of the brain, help to maintain tissue integrity and neuronal function by continually surveying the brain for changes in the microenvironment that could upset homeostasis. Within minutes following ischemic stroke, microglia become activated, and this activation peaks several days later, and persists for months. Subsequently, activated microglia release factors which both exacerbate the inflammatory response and secondary neuronal injury.

With onset of stroke, a wide range of deficits can occur with varying onset latencies such as hemiparesis, abnormal posture, spatial hemineglect, aphasia, and spasticity, along with affective and cognitive deficits, chronic pain, and depression.

While we have an escalating increase in our understanding of the biological and molecular underpinnings of the pathological cascade that occurs following stroke, there are so far only limited treatment options available which makes stroke a devastating neurological disease.

Currently, tPA (thrombolytic tissue-plasminogen activator) is the only available approved pharmacological treatment for acute stroke treatment. But given the short window for administration post‐stroke and increased risk of bleeding, tPA is used in only about 20% of patients with ischemic stroke, and cannot be used to treat hemorrhagic stroke. Recent data also suggest the utility of mechanical reperfusion via endovascular intervention; however, thrombectomy is limited to patients with proximal occlusion and specialized treatment facilities, and has greatest benefit when performed within 6 hours following stroke onset. Of note, the associated reduction in stroke mortality by the establishment of tPA lysis therapy, as well as thrombectomy has led to an even greater proportion of patients facing impairments and needing long-term care and rehabilitation.

Given the inability to effectively mitigate the devastating effects of stroke, it is imperative that novel therapeutic strategies are developed to both minimize the initial CNS trauma, as well as repair the damaged brain once the pathological cascade of stroke has run its course.

In the past few years, significant efforts have been made to develop cell‐based therapies that improve recovery following ischemic stroke. Systemic delivery of exogenous human stem cells into animal models for stroke have shown that stem cells survive, are capable of migration and immunomodulation, secrete trophic factors to enhance neurogenesis and angiogenesis, reduce infarct volume, and improve outcomes. In particular, cells derived from umbilical cord blood (UCB) confer several advantages and have been widely and safely used for over 30 years as a blood stem cell donor graft for allogeneic, unrelated donor, hematopoietic stem cell transplantation.

One of the many advantages of UCB cells is that they are immunologically tolerant, rendering them less reactive to human leukocyte antigen (HLA)‐mismatch than bone marrow or mobilized peripheral blood grafts. In addition, UCB is collected after birth with no harm to mother or baby and without ethical controversies as compared to e.g. bone marrow aspirates. Furthermore, human UCB is a readily available, cryopreserved, banked product that is a preferable option for medically fragile stroke patients because it does not require collection of autologous cells via bone marrow harvest or peripheral stem cell collection.

In contrast to a neurodegenerative disorder such as Parkinson’s disease, which destroys a relatively homogenous population of neurons, stroke affects multiple different neuronal phenotypes. For example, an infarct might involve the thalamus, hippocampus, and striate visual cortex, affecting three or more very different neuronal populations including neurons, oligodendrocytes, astrocytes, and endothelial cells. Consequently, reconstitution of the complex and widespread neuronal-glial-endothelial interrelationships may require access to a broader array of lineages than more committed phenotypes. Cells for treatment application may need to initially remain immature and phenotypically plastic to differentiate into appropriate neuronal, glial, and/or endothelial cell types depending on the ectopic site. Stem cells derived from human UCB can be differentiated into all the major cellular phenotypes of the brain including neurons, oligodendrocytes, and glial cells (Sanchez-Ramos et al., 2001; Ha et al., 2001; Bicknese et al., 2002; Buzanska et al., 2002).

Because of the unique immunological properties of both the stem cell and non-cellular components of cord blood, it is possible to utilize allogeneic UCB for regenerative applications without needing to influence or compromise the recipient immune system. In the last three decades, UCB therapy has proven to be feasible and well-tolerated in patients. These multipotent features of UCB make them a potent source in regenerative medicine capable of reconstituting the damaged neuronal circuitry that occurs in stroke – and of course other chronic degenerative diseases with growing evidence for cerebral palsy, autism, multiple sclerosis, amyotrophic later sclerosis, chronic heart insufficiency, muscular dystrophy.

In Europe, clinical and experimental teams are utilizing some of the methods and technologies being studied in U.S. clinical trials and combining them with CBC Health Clinic Munich’s experience with cord blood infusion treatments to provide therapeutic solutions for ischemic stroke survivors. CBC Health offers umbilical cord blood infusions for ischemic stroke survivors from around the world in Munich, Germany.

The research-based treatments use cord blood components provided by CBC Health’s parent company, Cord Blood Center Group (CBCG), which is known for providing therapeutic components with above-average quantities of nucleated cells. For more than 20 years, CBCG has recorded many firsts in regenerative health. In 1997, CBCG was among the first in Europe to process and prepare cord blood for regenerative transplants. CBCG was one of the first companies in Europe to collect, process and store cord blood, cord tissue, and placenta tissue with over 200,000 clients. Since 2012, CBCG has conducted and/or participated in research projects and clinical trials aimed to help people find therapies for diseases that still have no cure today, like the treatment of cerebral palsy and ischemic stroke. CBCG has also participated in clinical studies at leading medical institutions like Duke University Hospital in the USA.

Currently, CBC Health AG may be the only public platform worldwide providing cord blood infusion treatment. Other institutions and universities are conducting clinical trials on the topic.

From the first phone call with the prospective patient or their family member, a purposeful, professional, and rapid evaluation process is initiated, since time is a valuable element in the treatment of strokes. CBC Health arranges the treatment with well-experienced physicians who will carefully review and assess all pertinent patient data, including past medical history, risk factors, date and extent of the ischemic stroke, present condition, medications, transportability, etc.

CBC Health medical concierge will work with the patient and loved ones to help arrange travel and accommodations. CBC Health has a network of hospitality, transportation and tourism partners that are qualified to serve medical patients.

On arrival to the doctor’s clinic in Munich, Germany, final clarifications and information are given, followed by a thorough clinical evaluation that includes anamnesis, a physical examination, and an in-depth blood analysis. 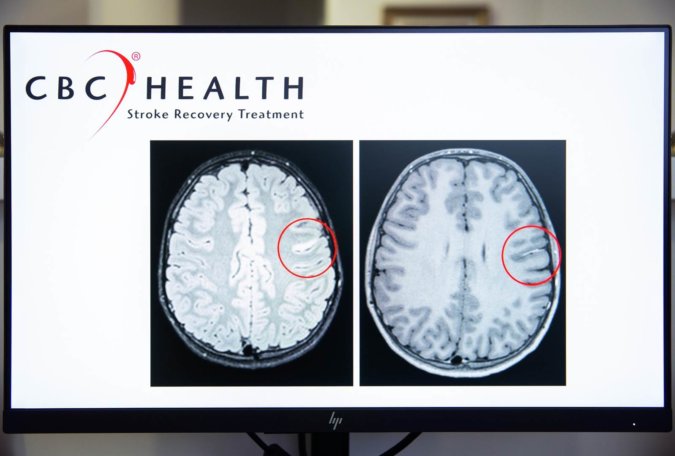 A day after the individual and personal evaluation, the required UCB units are available in our clinic and are prepared for immediate infusion. After detailed matching of the ordered units with the patient data, anti-allergic premedication is applied, followed by the UCB infusion. A peripheral IV line is used to administer the allogeneic UCB, usually divided up into three to four units over a period of three hours under direct physician supervision on days 2 and 3. We use an intravenous route of administration for the UCB, as this is the safest and least invasive method. The patient’s vitals are closely monitored throughout the whole procedure. All in all, one can compare the procedure with a simple blood transfusion which is routinely performed in many clinics throughout the world.

The day after the UCB infusion, the doctors perform a final physical evaluation prior to releasing the patient. Follow-up information is provided to the patient along with medical documentation.