Non-alcoholic fatty liver disease: Does genetics have a role? 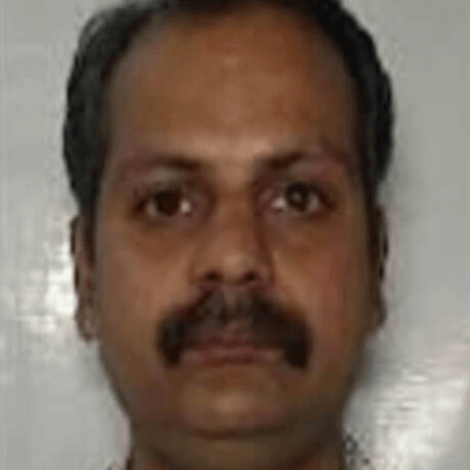 Dr Ravi Kanth is the Group Leader of genetics at the Asian Institute of Gastroenterology located at Hyderabad, Telangana, India.

Non-alcoholic fatty liver disease (NAFLD) describes a range of conditions in the liver beginning with fatty liver (accumulation of fat), that may progress to non-alcoholic steatohepatitis (NASH – fat accumulation along with inflammation and scarring), cirrhosis (hepatic cells are replaced by scar tissue) and finally to Hepatocellular carcinoma (HCC). While conditions up to NASH are reversible, disease progression beyond NASH are irreversible. Therefore the emphasis is on early identification of at-risk individuals for fatty infiltration, so that appropriate interventions can be planned to avoid/delay progression.

Although the global prevalence of the disease is estimated to be around 25%, the highest rates are reported from South America (31%), followed by the Middle East (32%), Asia (27%), USA (24%) and Europe (23%). Familial aggregation, interethnic differences in susceptibility and twin studies identified the contribution of genetics to susceptibility and variation of NAFLD progression. A prospective twin study reported the heritability of hepatic fibrosis and steatosis to be 0.52 (95%CI 0.31-0.72) and 0.50 (95%CI 0.28-0.72) respectively. Identifying genetic variants has been the major focus of research world over, although modifying lifestyles and changing dietary habits are known to benefit patients with NAFLD.

NAFLD, is it Genetic?

‘Multifactorial complex conditions do not always manifest with the disease’

Candidate gene studies employing case-control approach have identified genes that are modifiers of insulin sensitivity/resistance (IRS-1, ENPP1, GCKR, PPARG, TCF7L2, SLC2A1), modifiers of fatty acid reflux and triglyceride levels (SLC27A5, LIPN1, MTTP, PEMT, ADIPOQ, APOC3, TCF7L2, APOE3, NR1/2, PXR, PPARA, FADS1), modifiers of oxidative stress (HFE, SOD2, GCLC, MRP2 (ABCC2), MTHFR), modifiers of endotoxin response (TLR4, CD14), modifiers of cytokine activity (TNF, sTNFr-2, FDFT1, IL6) and finally modifiers of fibrogenesis (AGT, ATGR1, KLF6, TGFb1, COL13A1, CDKN1A). With advances in genomic technologies (next generation sequencing, microarrays) it is now possible to look at variants at a whole genome level to unravel causative variants associated with the disease in an unbiased manner. The first genome wide association study performed by Romeo et al. for NAFLD included a custom chip of approximately 9,000 non-synonymous variants across the genome. A variant (rs738409; c.444C>G; p.I148M) in PNPLA3 gene was identified to be associated with increased liver fat across the ethnicities that were studied (European, Hispanic and African-American). Carrier of the minor allele “G” conferred a twofold increase in hepatic triglyceride content (HTGC). PNPLA3 gene exhibits lipase activity against triglycerides in hepatocytes and this missense variant (I148M) results in loss of function promoting hepatic steatosis by limiting triglyceride hydrolysis. Subsequently the variant is now replicated for its association with NAFLD across ethnicities. A whole exome association study identified that a variant (rs58542926; c.499 A>G; Glu167Lys) in TM6SF2 gene is associated with NAFLD. During the same time another study identified that this variant is also know to influence total cholesterol content and myocardial infarction risk. The variant (rs58542926) is an adenine to guanine substitution in the coding nucleotide 499, replacing the amino acid glutamate with lysine at position 167 and is associated with HTGC. It is also suggested that the variant carriers have elevated mean and median HTGC. Functional studies have established the role of this gene and it is now known that the gene is a regulator of liver fat metabolism influencing triglyceride secretion and hepatic lipid droplet content.

There is convincing evidence not only on the role of the variants but also the function of the genes namely PNPLA3 and TM6SF2 in conferring higher risk of NAFLD. Further, variant in PNPLA3 is also associated with higher levels of ALT, histologic NAFLD, steatosis and hepatocellular carcinoma. Therefore it would be appropriate to genotype these variants as part of the diagnostic workup for NAFLD to assess the predisposing risk of an individual. This would aid in identifying variant carriers who are at an enhanced risk for the NAFLD spectrum so that appropriate lifestyle based recommendations to the individual can be suggested including weight reduction, nutrition changes to minimise the risk of the disease and/or progression.

References for this article are available at: MiddleEastMedicalPortal.com/references