Polycystic Ovarian Syndrome (PCOS) is one of the most common female endocrine disorders in the Middle East. PCOS is a heterogeneous combination of signs and symptoms of impaired glucose-insulin-homeostasis, androgen excess, and ovarian dysfunction due to epigenetic and environmental influences, including diet, and lifestyle factors.

“Is your lifestyle making you infertile?” is an often raised question[1] linking PCOS to insulin resistance and diabetes, a lifestyle condition the Middle East suffers from in almost epidemic proportions. The relationship between PCOS and insulin resistance seems obvious in the UAE where one in five of the female population suffer from type 2 diabetes and other metabolic syndromes. The prevalence of PCOS has been investigated in many studies in many continents. A particularly high incidence of PCOS in the Middle East/GCC with approximately 20-25% of women may be due to hereditary and ethnic influences as well as due to certain lifestyle related conditions. Some researches assume that cases can reach up to 30% or even higher in the sub fertile population group in the region[2]. 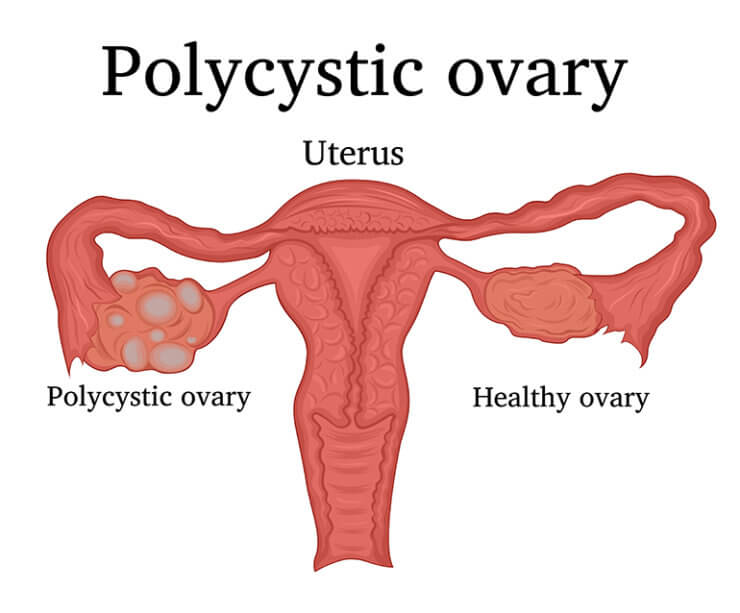 A systematic review and meta-analysis on the prevalence of PCOS in reproductive-aged women of different ethnicity, published by NCBI in 2017[3], conducted searches in PubMed, The Cochrane Library, EMBASE, CINAHL up to January 2017. The results suggested the lowest prevalence in Chinese women (2003 Rotterdam criterion: 5.6% 95% interval: 4.4–7.3%), and then in an ascending order for  Caucasians  (1990 NIH criterion: 5.5% 95% interval: 4.8–6.3%), Middle Eastern (1990 NIH 6.1% 95% interval: 5.3–7.1%; 2003 Rotterdam 16.0% 95% interval: 13.8–18.6%; 2006 AES 12.6% 95% interval: 11.3–14.2%), and black women (1990 NIH: 6.1% 95% interval: 5.3–7.1%). The results from the above analysis have suggested that, – using the same diagnostic standards -, Chinese women would have the lowest risks of developing PCOS, and then in an ascending order, followed by Caucasian women and women residing in the Middle East, with black women having the highest risk of developing this syndrome. Considering the wide variation in the clinical presentations associated with PCOS among distinct ethnicity, the study postulates a need for the establishment of ethnicity-specific guidelines for this condition. This may help to prevent the under- or over-diagnosis of PCOS.

In daily clinical practice as a gynecologist in Dubai, I see a lot of women affected by PCOS-associated conditions. Some women present with irregular periods, bloated intestines, weight-gain, retention of water, hair loss, or skin problems with increased androgen levels causing hirsutism and acne. Other women are being picked up because they are facing problems to conceive and seek advice for conception counselling in subfertility. Some women are not at all aware of any hormone imbalance and never wondered, how come they have skin pigmentation disorders such as acanthosis nigricans, i.e. dark coloured skin patches related to insulin resistance. Overweight and obesity affects a lot of women with PCOS and they do present a higher prevalence of both impaired glucose tolerance and type 2 diabetes. But also, the normal weight women affected by PCOS do have an underlying insulin resistance in over 60%, an impaired glucose tolerance in over 40% and 10% a predisposition to develop type 2 diabetes in over 10% of the cases. The underlying pathophysiology of PCOS is a divine blend of hyperandrogenism, insulin resistance and other factors causing follicular arrest. Multiple immature antral follicles seen in the transvaginal ultrasound imaging can be observed. The follicular arrest maturation arrest contributes to anovulatory cycles and hence causes irregular menstruations and fertility problems. 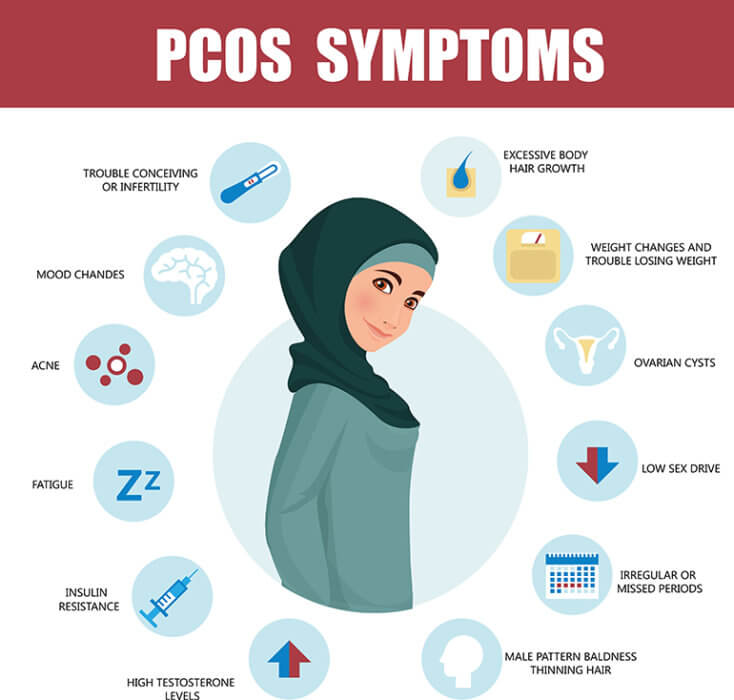 Depending on the individual complaints presented by a woman a wide range of investigations can be offered to evaluate extend and degree of hormonal imbalance, including laboratory tests and ultrasound examinations. Accordingly, depending on the wishes and needs of a patient, the reason for seeking advice is the key to the adequate case-to-case PCOS management. Does a woman wish to conceive and is struggling to fall pregnant? Is an adolescent woman suffering from acne and severe skin problems, but does not think of family planning yet? Is she struggling with weight control and irregular menstrual bleedings?

Lifestyle changes, including nutrition advice, carb-controlled diet, and physical exercise, are the first-line treatment options for adolescent girls and women with PCOS. Pharmacologic treatments including oral contraceptives, insulin sensitizers, prednisone, leuprolide, clomiphene, and spironolactone and others are options to be considered if lifestyle changes fail, which is rarely the case. Nutrients supply (diet) and nutrients utilization, metabolism and physical exercising remain crucial in the management of PCOS. Nutrition education can therefore not be overrated when looking at incidence figures of PCOS anywhere in the world.

[1] Is the UAE making you infertile? | GulfNews.com

[3] The prevalence of polycystic ovary syndrome in reproductive-aged women of different ethnicity: a systematic review and meta-analysis transform ncbi.nlm.nih.gov