How can diplomats and scientists work together to make political change that improves global health and strengthens international relations? 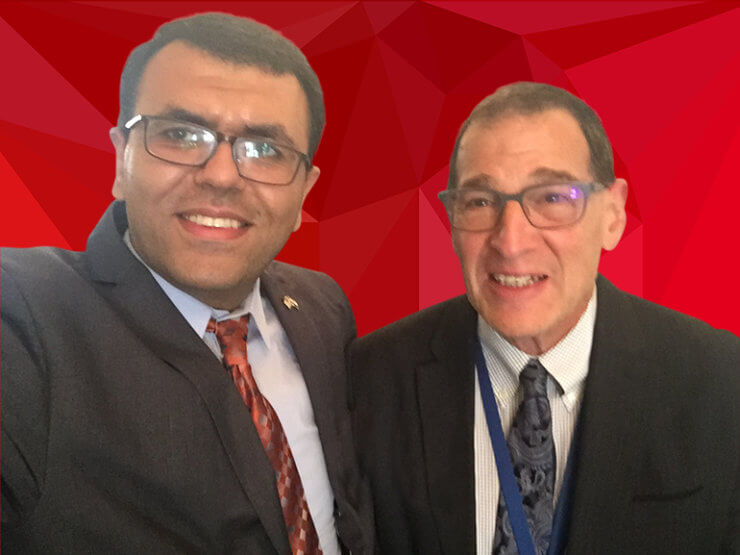 Amb. Kolker is an American diplomat. He was ambassador to Burkina Faso (1999-2002) and Uganda (2002-2005). He was Chief of the HIV/AIDS Section at UNICEF 2007-2011. Until 2017, Amb. Kolker was Assistant Secretary for Global Affairs, U.S. Department of Health and Human Services. Now retired, Amb. Kolker serves on the boards of foundations and NGOs dealing with global health, Africa and diplomacy. He is affiliated with American Association for the Advancement of Science, the Center for Strategic and International Studies and Georgetown University. Amb. Kolker holds a B.A. from Carleton College and a Master’s in Public Administration from Harvard Kennedy School.

Scientists and diplomats approach problems differently. Scientists see a problem, a pattern or an anomaly, do research to collect data and evidence, and, if the evidence is strong enough, publish the results – the solution to the problem — in a peer-reviewed journal.

For diplomats, who don’t read peer-reviewed medical or scientific journals in the first place, even an elegant proof is merely the beginning of a solution. Diplomats, if we are good at our jobs, put our priorities onto other people’s agendas. This means making a judgment about whether the problem the scientist’s research has set out to solve is genuinely a priority for our own program or for the policy-maker we are trying to influence. It also implies understanding the context in which the policy-maker is operating and how to present or explain our health priority so that it fits into his or her wider agenda.

Thus, scientists need to communicate the data and evidence in ways that are accessible to non-scientists, while diplomats need to access relevant scientific information to make the strongest case for a policy change or improvement. My experience is that the data rarely speaks for itself: HIV incidence may be declining, but does that mean that the interventions supported by a given program are responsible or even effective? We need to dig down into the data just to make that hypothesis. 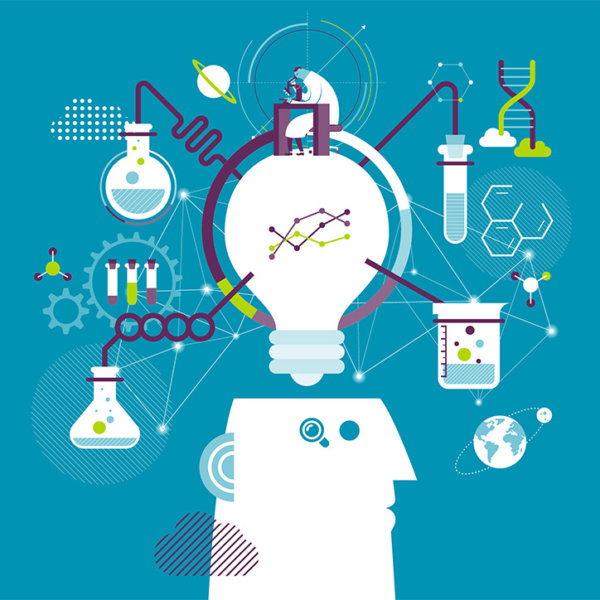 Furthermore, scientists are methodical. They go where the data leads them, and they emphasize uncertainty; Every article begins and ends with the question of how certain the researchers are in their results. Politicians and diplomats are frequently responding to a crisis or situation that does not allow time for methodical consideration of all uncertainties. They tend to look for just-in-time information and want to minimize uncertainty. The scholarly admonition that more research is needed is of no value if the choice is to initiate an intervention now or never.

Medical and scientific experts often lament that we have technical solutions to important problems but that “political will” is lacking to get them done. As a diplomat, I see building political will as exactly the process on which diplomats and scientists need to team up. How can we use the evidence we have to persuade those in a position to implement the recommendation that it is in their interest to do so, even if there remains some uncertainty?

Dealing with these on-the-ground realities of implementing public health policy is where I see the value, indeed, the necessity of effective global health diplomacy (GHD). There have been efforts over many decades to build operational bridges between the world of scientists and researchers and health practitioners, funders and policy-makers. Globalization, the rapid spread of disease and the goal of eradicating such enormous killers as smallpox, polio and malaria have brought GHD squarely onto the policy agenda.

My own experience with the U.S. government response to AIDS and to outbreaks in this decade of unfamiliar diseases Ebola and Zika demonstrated the need to ensure that resources are mobilized quickly and on a huge scale, with partners in many sectors and countries. This requires good science — solutions fully and directly informed by evidence. But applying medical knowledge to complex real-world situations depends fundamentally on diplomatic involvement and skill sets.

One definition of global health diplomacy is “a political change activity that meets the dual goals of improving global health while maintaining and strengthening international relations abroad, particularly in conflict areas and resource-poor environments.”1

Some examples from my own experience illustrate the ways in which diplomacy can improve health outcomes while strengthening U.S. relations with low-and-middle-income countries.

I was the U.S. ambassador to Uganda when the President’s Emergency Plan for AIDS Relief (PEPFAR) began in 2003. Unlike traditional development aid programs, ambassadors were expected to lead the selection of local implementers and U.S. government partner agencies — and be accountable for results. Another contrast to conventional development projects: The prevention and treatment of HIV required national scale-up. PEPFAR was not a proof of concept, pilot program or center of excellence. The goal was to reach every person who needed help. Significantly, the program money was allocated; U.S. embassies and beneficiaries did not apply for funding. The amount of Uganda’s PEPFAR budget was fixed. Diplomats like myself were directly responsible for putting in place a combination of interventions to achieve a major public health outcome.

There were quite a few requirements “earmarking” portions of the budget, however, for treatment and for “abstinence” and “be faithful” behavioural preventions programs. The dilemma for me as ambassador was that anti-retroviral treatment (ART) was by 2003 proven to be effective, but under conditions of specialist care, frequent expensive testing and use of high-priced branded drugs that could not be duplicated in Uganda. Thus, there was considerable “uncertainty” that the evidence of the drugs’ efficacy would apply. And of course, the benefits both to patients and good relations would be negated with severe damage to American interests if the U.S. government provided strong drugs to thousands of Ugandans which for one reason or another did not regard AIDS and its symptoms or caused severe side effects. While the results turned out to exceed even the remarkable results ART achieved in patients in the United States, the scientific uncertainty inherent in a new medication was a factor that, as ambassador, I had to weigh seriously.

Allocating the required proportion of HIV prevention funds to programs promoting sexual abstinence and marital fidelity raised a different policy conundrum. While not having sex, having sex only with an HIV-negative partner or consistently using condoms are all reliable prevention strategies for individuals, there was very little data or evidence that programs or messaging promoting these behaviours resulted in lower HIV incidence among those exposed to these campaigns compared to those not reached by them. So as a policy-maker required to allocate money or endorse interventions for which there was no evidence of effectiveness, our team in Uganda needed to establish some criteria such as “do no harm,” and invest in programs, such as life skills, that may have benefits beyond HIV prevention. But in the end, our behavioural prevention interventions were, as scientists might have predicted, not effective in lowing incidence of HIV, despite alignment with Uganda’s HIV strategy and well-intentioned implementers.

My work on Ebola as head of the Office of Global Affairs in the US Department of Health and Human Services 2014-2017 provided examples of all three.

The decision of the United States government in September 2014 to open and staff a treatment unit in Monrovia, Liberia was a crucial step in bringing domestic and foreign health workers into clinics to treat suspected Ebola patients throughout the country. Uncertainty, data and evidence were not the main obstacles or cause for policy concern in this process. Critical path issues were more procedural: Who would staff this field hospital? Who would train them when Ebola specialists were few and in huge demand? How could they be authorized to practice medicine and prescribe drugs in Liberia? Would they be subject to lawsuits if they made mistakes? Where would they live? Who would provide their security? Their water and sewage? The medical unit was for “health workers”. Who exactly was a “health worker?” Who would screen prospective admissions and deal with those deemed ineligible for treatment? While all of these questions were related to treating Ebola, they fundamentally were about international relations and policy priorities that the U.S. and Liberia needed to resolve (and did) through diplomatic discussions. The Office of Global Affairs in the Department of Health and Human Services took the lead in suggesting answers, and marvelous work by the U.S. Embassy in Monrovia brought agreement with the Liberian authorities to implement them.

In early 2016, Brazilian President Dilma Rousseff called President Obama and requested that America’s best experts to come to Brazil to validate the work that Brazilian counterparts were already doing to combat the Zika virus outbreak and to overcome procedural problems that were delaying sample sharing and permission for CDC cohort study teams to enter Brazil, both U.S. government priorities. 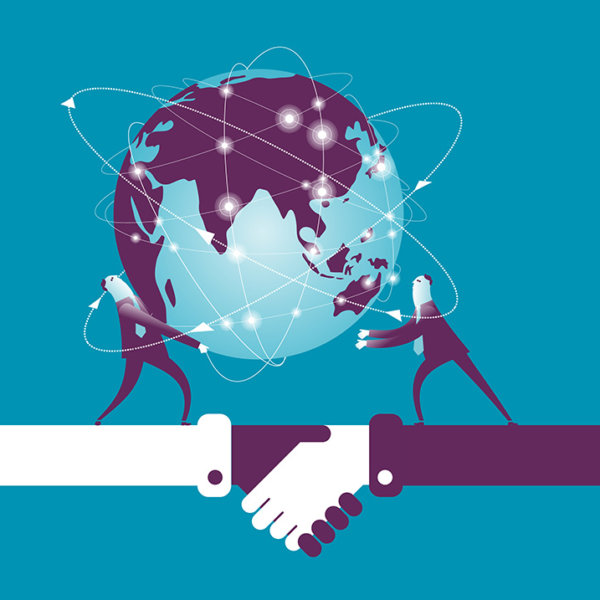 In my HHS role, I led an inter-agency group of U.S. government health experts to Brasilia. Over two days, the scientists discussed their needs and perspectives and agreed to a 14-item matrix assigning responsibility to institutions, one each from the U.S. and from Brazil, for each of the 14 areas of collaboration. The meeting was co-chaired by the Brazilian minister of health and myself and the matrix text negotiated in the group session with input from the experts, but ultimate agreement made at the political level. Even as the minister left office and the Brazilian government collapsed over the next few weeks, this agreement held, and the political basis for health cooperation was not reversed.

The Zika discussions are an example of still another aspect of health diplomacy, where diplomats can create a legal and political framework through which potentially controversial scientific collaboration can be conducted with relative freedom by the health experts themselves.

“We need to take advantage of this moment to realize the potential that health diplomacy offers.”